Located around 300 kilometers south of Athens and approximately 200 kilometers north of Africa, Crete is considered one of the largest Mediterranean islands. Set almost horizontally in the direction west – east, it is almost 300 km long by air and only 15 to 60 km wide. Except for Cyprus in the east, it is the southernmost point of Europe, as coast of Africa is south of it (apart from the small island of Gavdos).

The largest part of the population of the island lives in the northern part of the coast that is geographically more accessible than the southern. Mountain ranges stretch from the north part, along almost the whole island, to the south. In most cases, they end their way to the south (Libyan coast), with the canyons, which makes the southern part of Crete rugged and less populated in some parts, and it does not have a good road network. 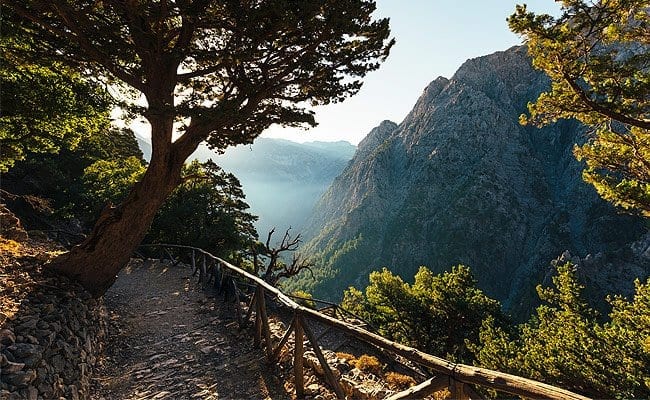 This considerable disadvantage for the people is inversely proportional to the beauty of the southern side of Crete. Unlike the north, the south is rich in dramatic scenes of the canyons, from which rivers occasionally arise flowing into a crystal clear sea, near the beautiful beaches, sandy or very fine gravel. The largest beach here is also one of the longest European canyons – Samaria, which is located in the southwest part of Crete, in the foothills of the White Mountains (Lefka Ori). With a ticket, costing a few Euros, and the application of your stay in the canyon to the mountainous service you can spend an entire day in this 18 km long gorge, or 7 – 8 hours, as this is the time needed to walk through it. For lovers of hiking there are organised tours that enter into the canyon from the north – from the top of Omalos plateau.

The village of Chora Sfakion is in the south of Crete. The native people are of a special “variety” and you will rarely see them. The older and more conservative ones are not too enthusiastic about the invasion of tourists to Crete and prefer not to be photographed. If you do meet them, you will usually find them in the middle of the summer at 40 degrees dressed in a kind of traditional costumes.

On the southern side of Crete, in the central part of the island you should visit the Preveli beach, about forty kilometers south of Rethymno. Ten kilometers before the southern coast, the local road suddenly enters into a steep Kourtaliotiko canyon where you will see large, dry riverbed, through which a terribly strong wind blows almost always.

A few kilometers north from Matala, one of the most important archaeological sites on Crete can be found- a few thousand years old Minoan palace at Phaistos. 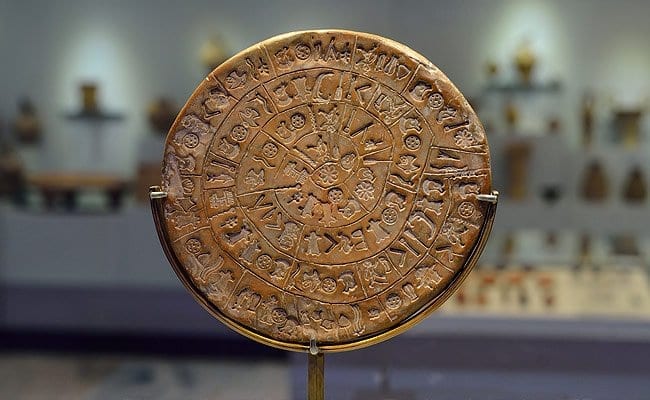 In the southern part of Crete you should also visit the beautiful sandy beach between Elafonisi and Paleochora – in the western part of the island. Nature lovers will delight and protected area of Elafonisi. There are no hotels, restaurants or any other signs of civilization, because the white sand and the unbelievable turquoise sea is the thing that impresses visitors. In the south, Kouremenos beach, Vai, Myrtos should be pointed out as well.

In the eastern part of the southern coast of Crete, at the end of a bit more tame canyon you can find Matala. This little town has a registered population of 123 people, and except for two or three small hotels and the same amount of apartment buildings all the other daily influx of guests are visitors who come here to spend the whole day at the beautiful beach. Several restaurants are partly on pillars at the beach, a couple of cafes and shops, and that’s all. Yet, the overall impression of the place itself is – relaxing. 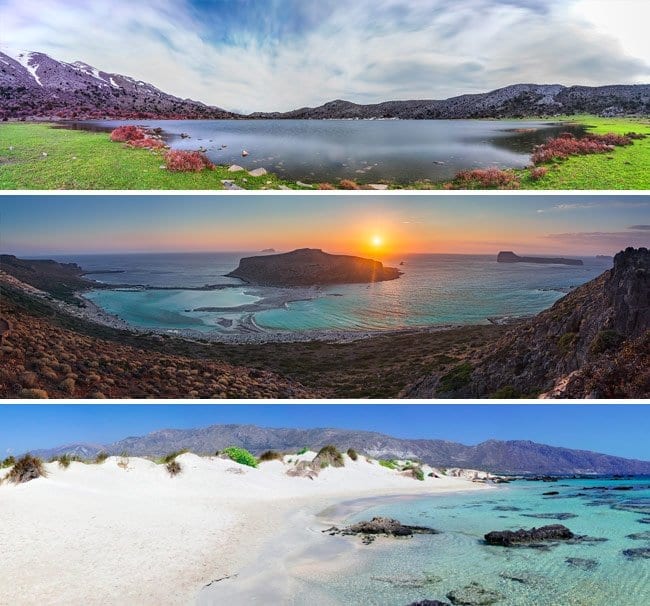 The best beaches of Crete are the most difficult to reach because they are often wild and not so close to the tourist areas. It is recommended that those who want to swim like in heaven, to go by bus or car to Matala, where there are signs leading to the beach, although you must be careful as the lane is a little steep. One of these beautiful and remote beaches is definitely the deserted bay Balos, on the barely populated peninsula of Gramvousa in the northwest of Crete. Part of the lagoon that opens to the sea offers a safe swimming place and a beautiful beach with shells and coral. The water depth of half a meter is ideal for children and paddling in the shallows.

Check the following map for the most popular beaches in South Crete.

And if you ever feel bored by the beauty of nature while visiting the southern part of Crete, follow one of the roads to the north and in just one hour you will be back in “civilization”!