Everything You Need to Know About Anissaras

Anissaras is a small area just north of Hersonissos, which is known as the one of the entertainment capitals of Crete, while being only about 24 km east of the capital Heraklion. Anissaras is made up from upscale hotels and villa resorts, renowned as one of the most luxurious and exclusivist destinations on the island. In contrast to the party atmosphere of Hersonissos, it is a lot more peaceful and the beaches are quite exceptional and well organized, although most of them are artificial and surrounded by rocky outcrops.

Viewed as the luxury neighborhood of Hersonissos, Anissaras has the main advantage of being quite pleasant and lacking the noise of the vibrant nightlife. If you wish to have a more exclusive Cretan experience, with upscale resorts, swimming pools and excellent services, then Anissaras is the perfect choice. It is extremely easy to reach it from the capital in just a few minutes. Apart from the entertainment options of Hersonissos and the cultural heritage of the capital, there are also other places to explore near Anissaras. 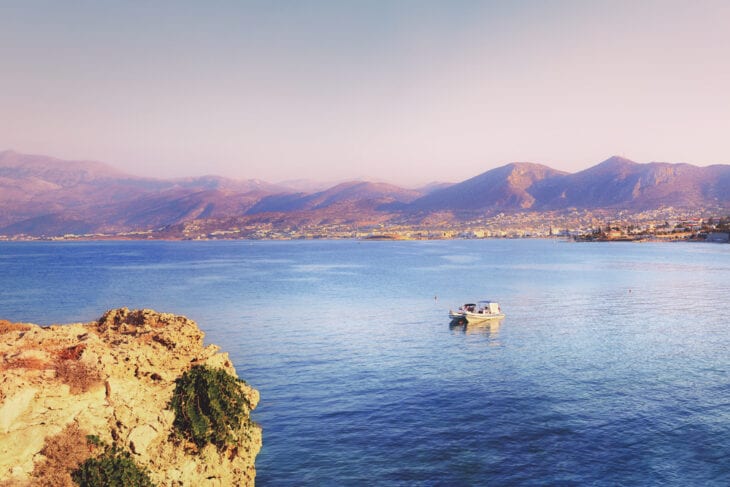 Anissaras is a small area north of Hersonissos, just 24 km east of Heraklion along the northern coast of Crete. It is mainly made of large resorts and smaller luxury hotels, as well as several shops and taverns. Anissaras occupies the western cape of the larger Malia Bay, the coast being rather rocky, with a few patches that have been developed into sandy beaches. From the port or airport of Heraklion, you can easily rent a car and drive in a few minutes to your destination.

How to Get to Anissaras

Getting to Anissaras by Car

You can reach Anissaras with a rental car from Heraklion or its airport easily. The trip will only take about 20 minutes for the 24 km along the northern coast of Crete. You just have to follow the new National Road 90 and then take the Kastelli exit and continue towards the north up to your hotel or the main beach.

Hiring a car is definitely the best option to get around, as the public transport is not always dependable and consumes a lot of time. You will also be able to explore more of the beautiful destinations on the island. 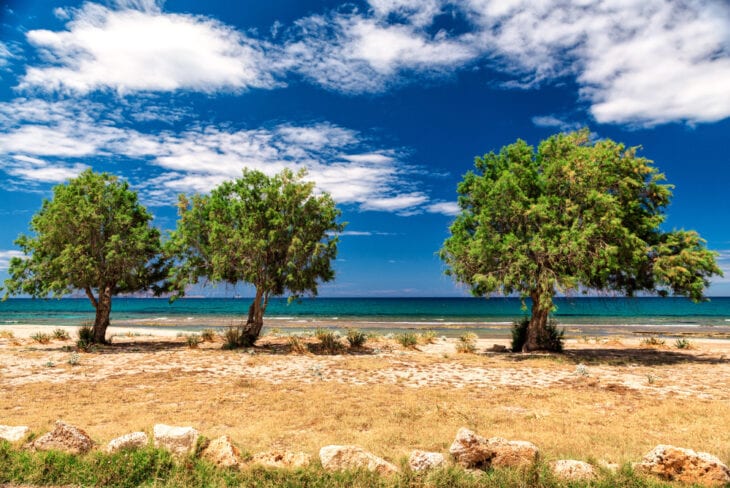 Getting to Anissaras by Bus

If you do not want to book a car rental from Hersonissos and have it delivered directly to your hotel in Anissaras, you can alternatively use public transport and take the bus to Hersonissos. You will then have to walk for about 1-2 km to most of the hotels in Anissaras. Buses are quite frequent from the capital and you will arrive quite quickly to your destination, but if you have a lot of luggage, it might be better to take a taxi.

Best Things to Do in Anissaras

If you are looking for a more exclusive experience in Crete, pleasant and peaceful, but yet very close to the lively entertainment scene of Hersonissos, then the small resort of Anissaras is the perfect choice.

The main draw of Anissaras is the impressive array of luxurious resorts and hotels, most of them featuring private swimming pools and excellent services. 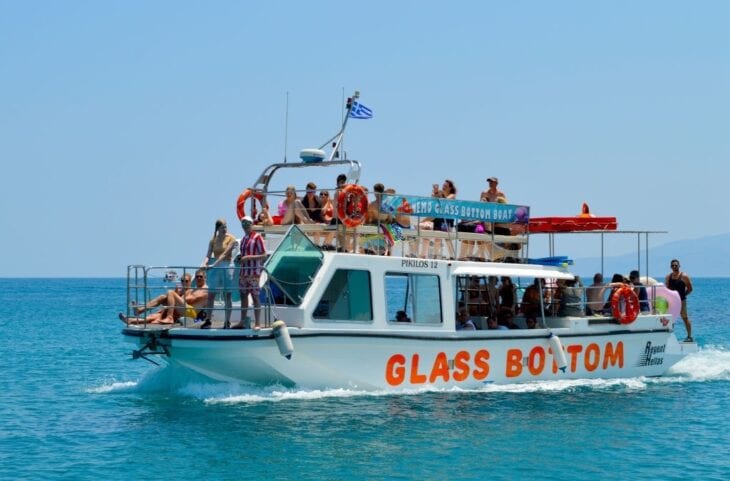 You will also love the beaches of Anissaras, although most of them were created artificially along the rocky coast. The main beach is located along the northern shore, very well organized and featuring fine sand and crystal-clear water. There are also several smaller coves that feature beautiful beaches along the eastern shore, although they are usually rocky and narrow. There are plenty of water activities available from the beaches of Anissaras, including diving, snorkeling, windsurfing, jet-skis and more. You can also walk to the rocky cape east of the main beach and find the small but charming chapel of St. George, where you can admire stunning sunsets and the panorama of Hersonissos and its beaches. 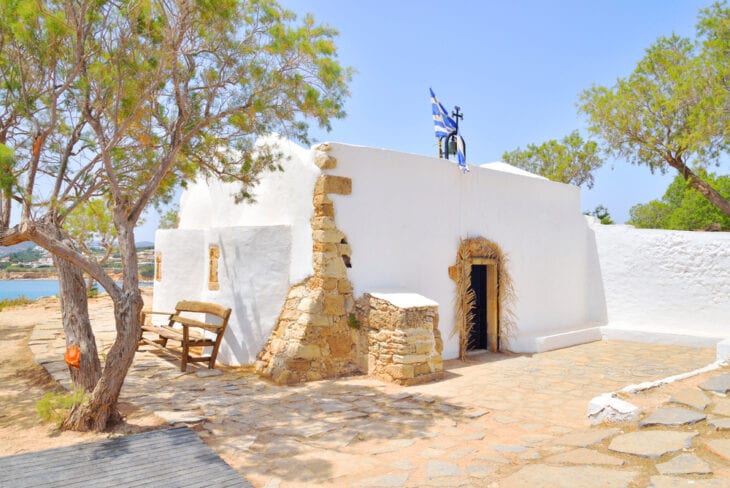 Discover the sights of Anissaras

While it might be known as one of the main entertainment destinations in Crete, Hersonissos also features a few interesting attractions that are worth visiting. Being so close to Anissaras, you could practically walk to this resort and find interesting places along the way. Hersonissos is an ancient place that existed during the Minoan era and there are several archaeological sights to admire, including the ancient Hersonissos ruins with its large theater or the early Christian Basilica of Kastri. There are also a few old churches, as well as the interesting Aquaworld Aquarium and Reptile Rescue Center. Close to Hersonissos, you could also visit the Open-Air Museum Lychnostatis, with traditional architecture and crafts exhibits from Crete or the Agricultural Museum of Piskopiano. 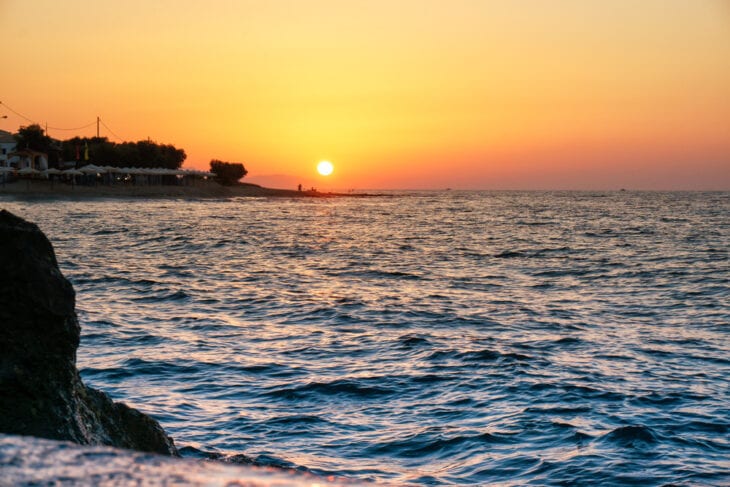 Enjoy the nightclubs of Anissaras

While many people that stay in Anissaras choose it for its tranquility compared to Hersonissos, you can also have the best of both destinations, enjoying the beach bars and nightclubs of the latter, while staying in the more peaceful. The coastal road of Hersonissos is packed with nightclubs that come alive after dark, when thousands of young travelers take it by storm. Even during the day, there are plenty of beach bars that play music all the time, while the beaches are very well organized.

Visit the capital of Heraklion

Located just about 25 km from Anissaras, the capital of Heraklion makes for a perfect day trip, with its fascinating cultural sights. Among the most interesting and enchanting attractions of Heraklion, you should definitely visit the magnificent Palace of Knossos, the insightful Archaeological Museum, the superb harbor with its imposing Venetian Castle or Koules Fortress, as well as many other historical sights and beautiful churches.

Visit the Archaeological Site of Malia and the Diktaion Andron

Just a few km from Hersonissos, you can also discover the impressive archaeological site of Malia, with the third larges Minoan palace on the island. The ruins show to the importance and development of this site during the old Minoan civilization, with a small museum at the entrance. About 40 km south of Anissaras, you can also visit the famous Diktaion Andron, the cave where the god Zeus was born according to the Greek mythology. There is a hike of about 20 minutes from the car park, but the inside of the cave and the stories are quite worth it. 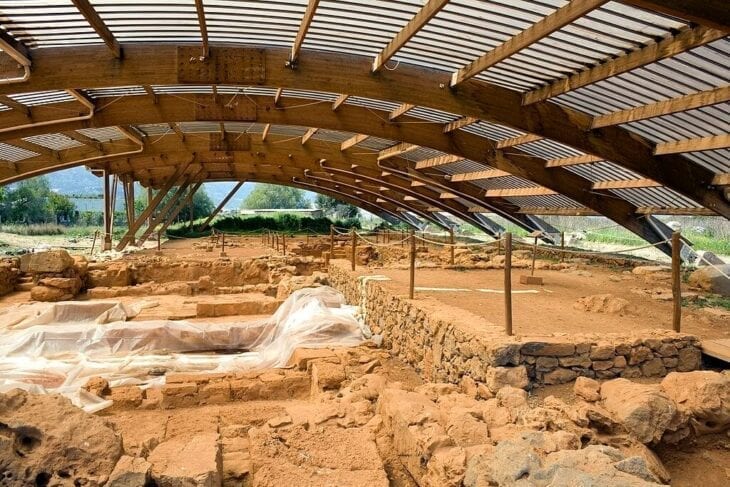 While the beaches of Anissaras are lovely, you might want to search for something different and there are plenty of choices along the northern coast east of Heraklion. There are a lot of beaches between Heraklion and Anissaras, including Gouves, Arina, Gournes, Analipsi.

East of Anissaras, you will find the beaches that line the splendid bay of Malia, including the ones of Hersonissos, Stalis, Potamos beach in Malia or the beaches in Sissi and Malia. 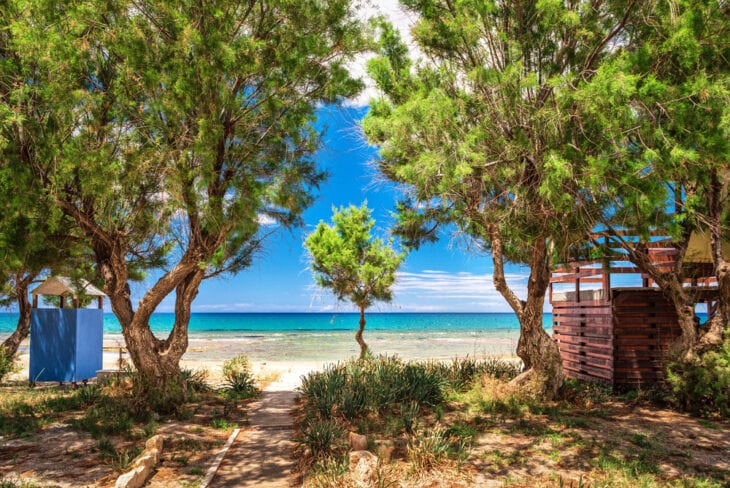 Where to Stay in Anissaras, Crete

You have a wide range of choices when it comes to accommodation in Anissaras, although most of them are on the upper range of the price scale, with amazing facilities and services. There are several large resorts with villas and apartments surrounding large swimming pools, as well as some smaller hotels. During the peak summer season, Anissaras does become quite crowded and hotels get booked quite far in advance.

One of the most luxurious and upscale resorts in Crete, this superb experience includes ultra-all-inclusive services, with over 350 magnificent rooms that feature exclusive design and amenities, 7 restaurants, 5 bars, several swimming pools, a spa center and much more.
website
☏ +30 28970 25790

Among the most fascinating accommodation choices of Anissaras, this complex includes a superior hotel with 38 spacious rooms and apartments, a luxury villa with three levels, a restaurant and bar, as well as a private swimming pool, among others.
website
☏ +30 28970 24806

Also read:  A Traveler’s Guide on the Best Hotels in Hersonissos 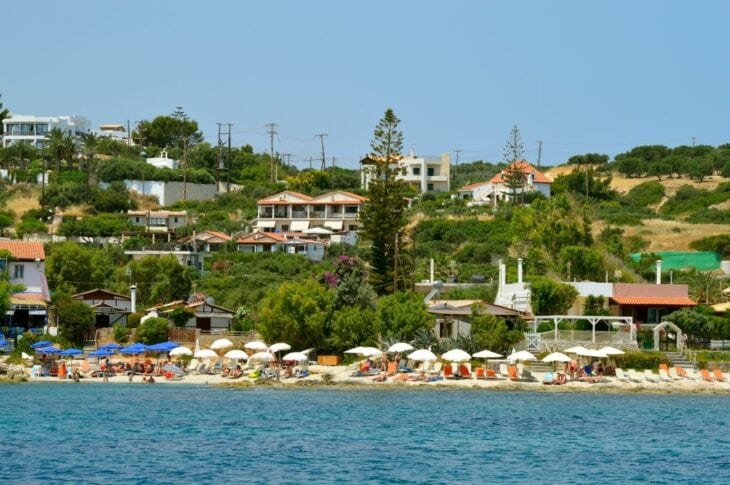 Where to Eat in Anissaras

One of the best appreciated restaurants in Anissaras, it offers delicious Cretan, Greek and International food, as well as a large variety of drinks. It also features beautiful views of the sea.
website
☏ +30 28970 24098

Featuring an enticing atmosphere and great design, this restaurant is located in a tranquil area of Anissaras and offers delicious seafood, grilled meats and other Greek or Mediterranean specialties.
website
☏ +30 28970 25375

Being located on the northern coast of Crete, Anissaras has pleasant weather for most of the year, although it can get quite hot during the summer months of July and August, while the winter months can be chilly at times. To avoid the heat and the tourist crowds, it might be best to visit during the spring or autumn for the perfect experiences.