Must-see Minarets and Mosques in Crete

Crete is a popular vacation spot that offers tourists a wide range of activities. If you’re planning to stay on the island of Crete and want to try something different, be sure to include a visit to one of the area’s mosques with its unique minarets. Dozens of breath-taking mosques dot the island, but here are the most notable ones:

This is the oldest and most mesmerising Islamic edifice on the island and is built right on the old Venetian port of Chania. It is also called the Mosque of the Janissaries (or Yiali Tzamisi Mosque), which means the “seaside mosque”.

It was built on the ruins of an ancient Venetian church and was solely used by the Janissaries (Turkish soldiers during the Ottoman era). The mosque was constructed around 1645. 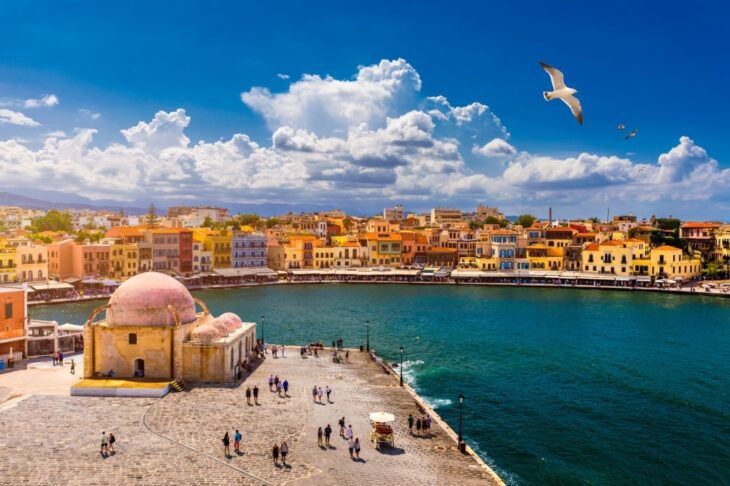 It is painted in elegant white, making it a distinctive landmark from far away, and apart from the mosque itself, several restaurants, bars, and shops are found in the area. The mosque is topped with a massive hemispherical dome framed by breath-taking stone arches. A gallery on the north and west sides is crowned by six tiny domes. This gallery was initially open, but in the late 19th century, it was walled off by arched openings. 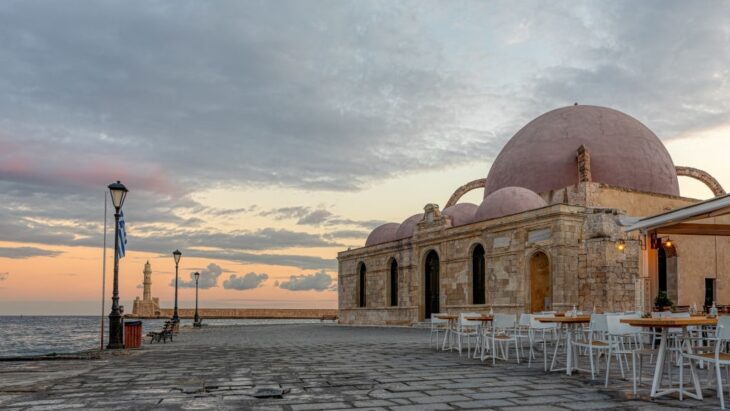 The Ahmet Aga Mosque used to be located on Chatzimichali Daliani, in the Turkish suburb of Splantzia, near Chania’s center. Schinoplokadika was the name of the area (an old road where they manufactured ropes and knits. 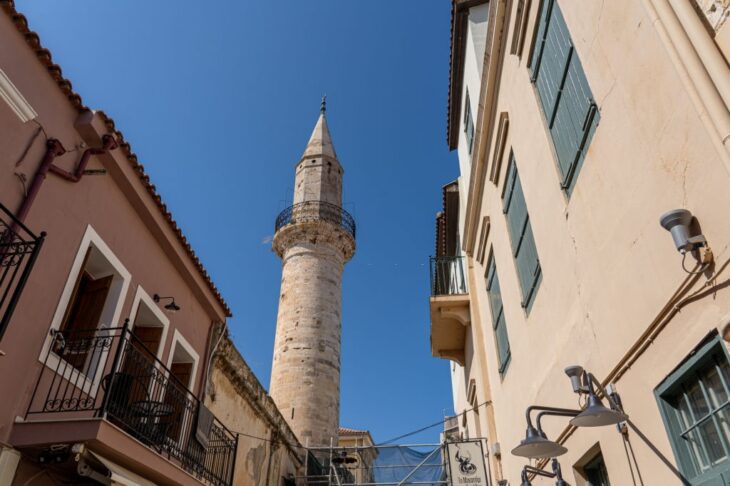 Today, we can only see the remains of this once marvellous mosque’s minaret. There are shops, taverns, and cafes near the area, so if you plan to stop by, finding a place to eat or drink would not be a problem.

The Neratze Mosque in Rethymno is located near Petichaki Square. Initially, it was a Venetian church devoted to Santa Maria. However, it eventually became an Augustinian Monastery. When the Turks took control of the town in 1657, their commander, Gazi Hussein Pasha, converted it into a mosque.

Also read:  The Most Stunning Monasteries in Crete 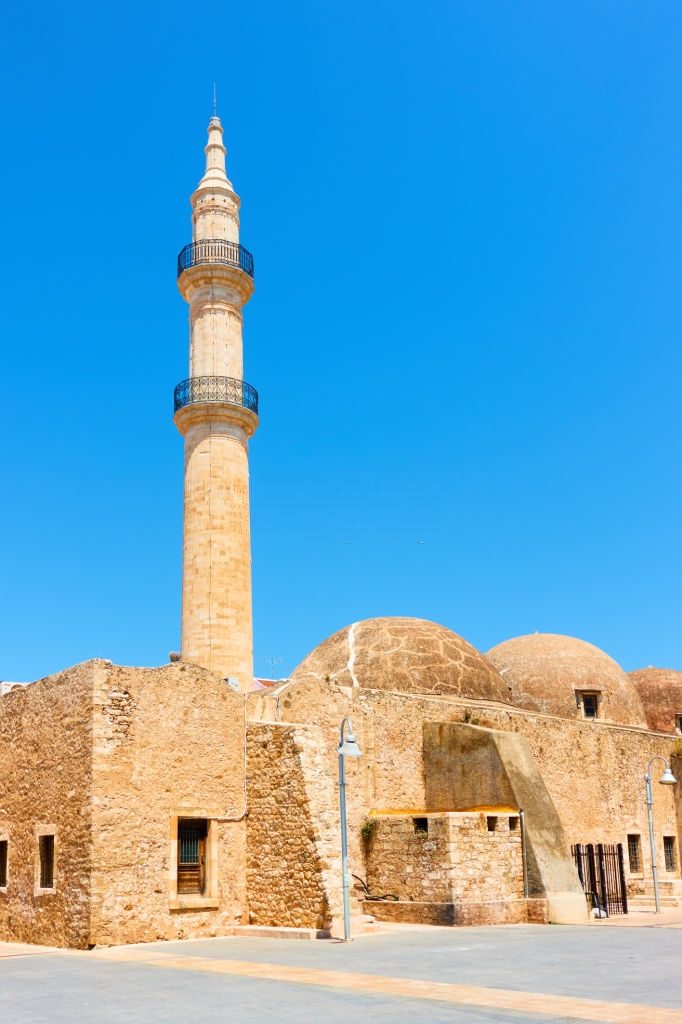 The mosque is located in Rethymnon’s old town and has been converted into a music school where musical performances are held. Still, you can see the distinctive features of a mosque, such as a dome and stone arches.

The Turkish ruler named Sultan Ibrahim commanded the construction of a mosque to commemorate his mother during the end of the 1600s when the Ottomans were building the city of Rethymnon with Muslim structures.

Today, the mosque preserves a section with two mesmerising domes. The sanctuary’s nave is bordered by columns with inverted Corinthian capitals. The Mihrab’s arch is enclosed by a relief veneer, and a passage from the Koran is shown.

The Veli Pasha Mosque is located in Rethymno’s Mastaba district. It was built on the remains of St. Ounoufrios temple during the 17th century.

The structure is topped by nine domes and has a series of thirteen successive cells with a beautiful Priory. It also has a minaret, making the building an architectural marvel for the city. The minaret has a chronological inscription, indicating that it is the city’s oldest surviving minaret, dating from 1789. 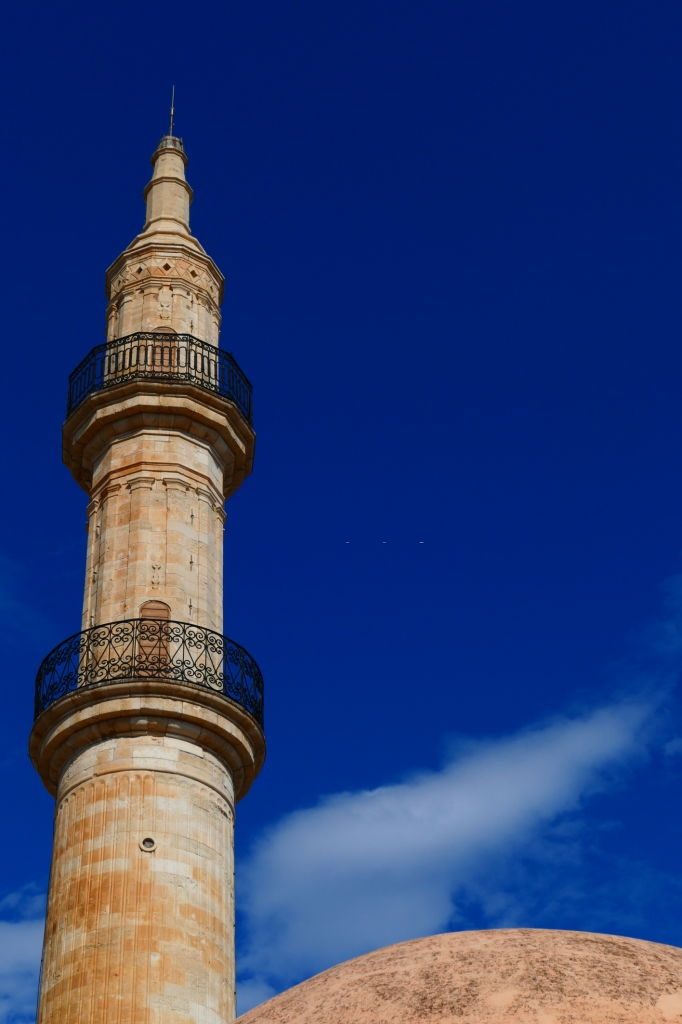 Rethymnon is home to the ever-beautiful Kara Musa Pasha Mosque. It was named after the commander of Rethymnon’s Turkish occupation forces. During the Venetian rule, the monastery of Saint Barbara operated there. With a four-sided domed tank and two major facades, the mosque is considered to be an Ottoman architectural treasure. 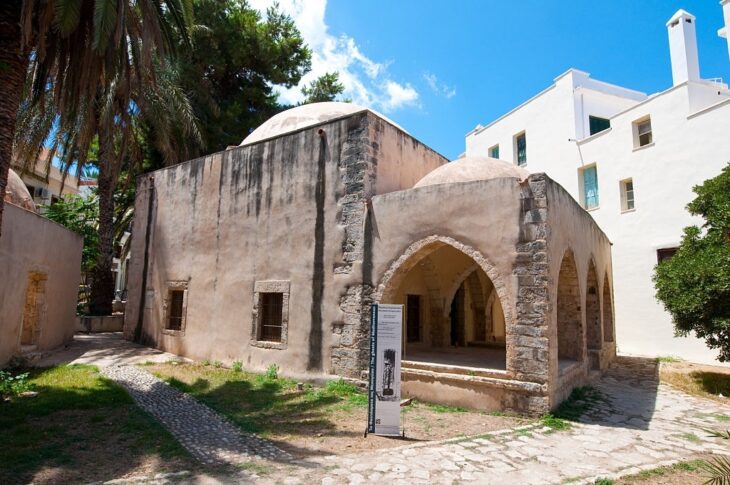 Lavish gardens and trees surround the mosque. As such, It is one of the best-known historical mosques in Crete. The minaret is found a short distance from the mosque’s main edifice, while the fountain is in the courtyard. This fountain supplied both the water demands and the Muslim worshippers who needed to be cleansed before entering the temple.