While it may be true that Mediterranean drivers in general have a reputation for sometimes impetuous driving styles, most of course are law-abiding and safe drivers. And in fact, the rules of the road in Greece are stringent, and fines are quite high when compared to average monthly salaries.

A Guide to Traffic, Parking and Speeding Tickets 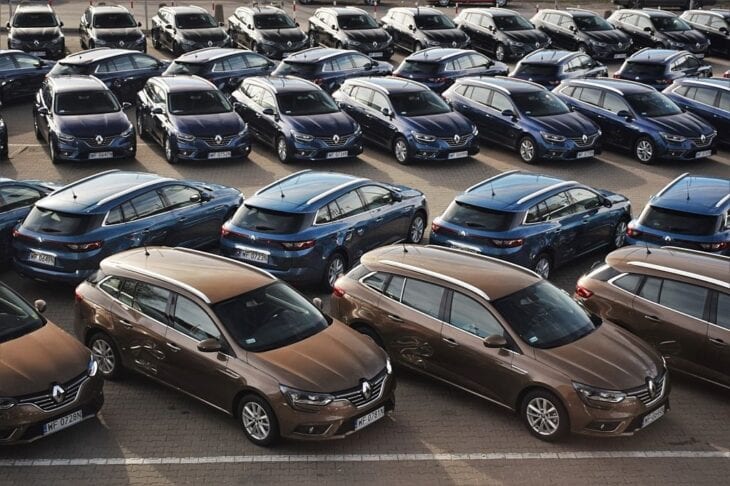 Here is a guide to safe and responsible driving practices in Greece, as well as a guide to the rules of the road, parking violations, and the fines associated with traffic violations in general.

In addition to following the rules of the road, there are some specific things you need to be aware of in navigating the glorious Greek landscape by car.

Greece’s National Highway system is a well-maintained network of paved roads, with adequate signage and emergency lanes and turn-offs. For example, the principal road E75/E90 running along the north coast of Crete from Sitia in the east to Kissamos in the west – is generally in very good condition, especially between the principal cities of Heraklion, Rethymnon, and Chania. 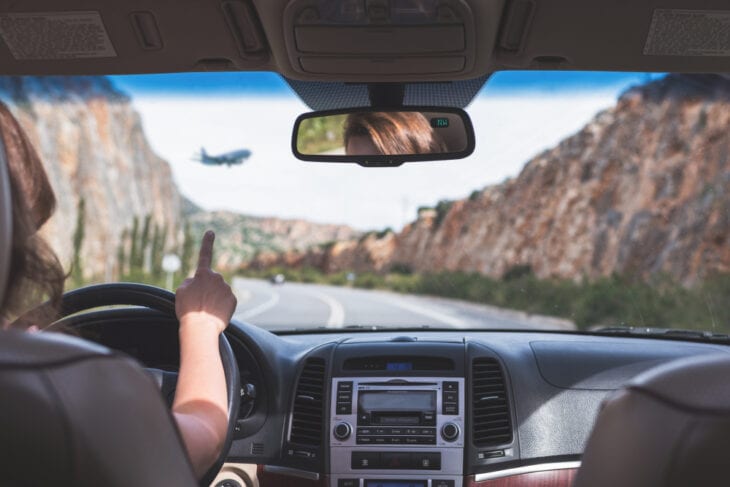 But much of the nation – and many of the most beautiful places in the nation – have a topography that makes the kind of roads international visitors may be used to simply impossible. Crete is such a place. While the roads of Crete are safe and well-maintained, the mountainous interior can have challenging winter weather, meaning frequent repairs may be needed, so it is best to always be aware of the road surface, especially in remote and mountainous areas. 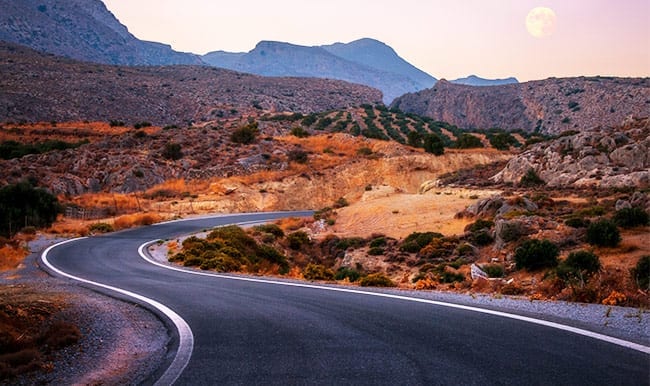 Another factor to consider for safe Crete driving is the width of the road. The famously scenic terrain makes a wide road sometimes impossible, and there are areas with cliffs and mountains and valleys. Our best tip – take it very slowly, especially around curves. Some places have mirrors to check for oncoming traffic around blind curves. In other places, the locals honk to let possible drivers coming from the other direction know of their approach.

How to sort out driving violations in Greece 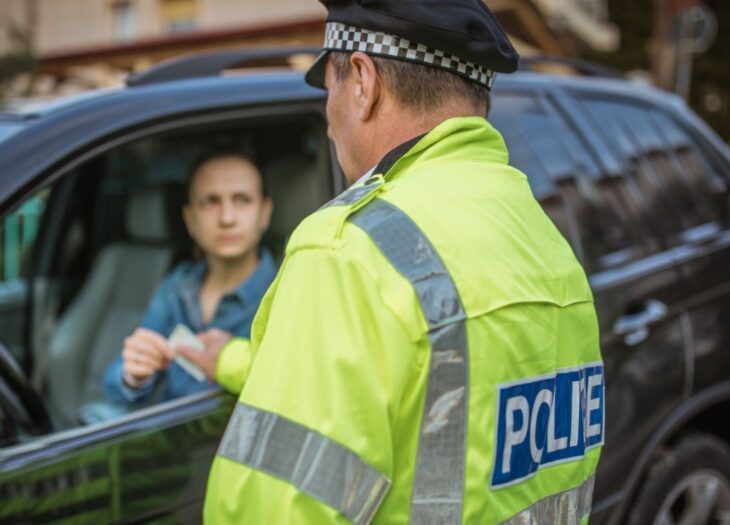 Where to pay the driving violations fines in Greece?

Can a fine ticket be paid at the post office or bank?

If the fine that you received is a pink ticket then it can only be paid at the post office (ELTA) or at the bank. If the ticket slip has a barcode and a payment code, the payment can be made via the e-banking system in Greece. Those who do not have a local Greek bank account can pay the fine at the bank. 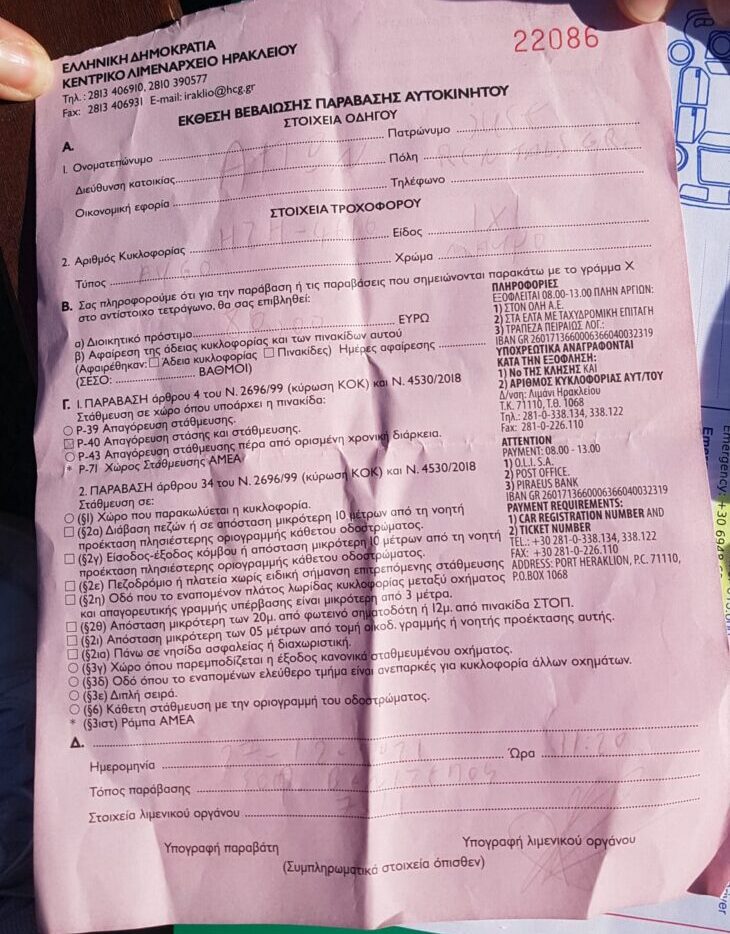 Can a fine ticket be paid via mail?

You can not pay a parking ticket via mail in Greece. This service is not yet available in Greece.

Can a fine ticket be paid directly to the car rental company?

Some car rental companies do offer to pay a parking or traffic violation ticket with an extra cost. You can directly ask the car rental agency if they offer such service.

Keep in mind, the locals are familiar with every twist and turn and bump on their country roads, and they can navigate them with ease. This means they are sometimes faster than really is advisable. It’s better not to get too comfortable or follow their example. Instead: slow down, enjoy the scenery, and above all drive defensively, expecting a car to appear at any moment.

Two-wheeled vehicles are very common in Greece. Very often, motorcycle drivers do not adhere to the same rules as cars. Of course they are subject to the same rules of the road, but they do not always follow them. Motorcycles often ride between lanes, which doesn’t really faze local drivers at all as they are used to it. And, you might be passed on both the right side and the left side, which can be particularly disorienting to drivers from many countries.

In urban settings this is also a huge road safety factor – beware of scooters and motorcycles. Scooters in particular – especially delivery drivers – weave through traffic quickly and they can pop up seemingly out of nowhere.

Greek Traffic Laws are strict and responsive to the factors of the moment.

Have the Proper Licence 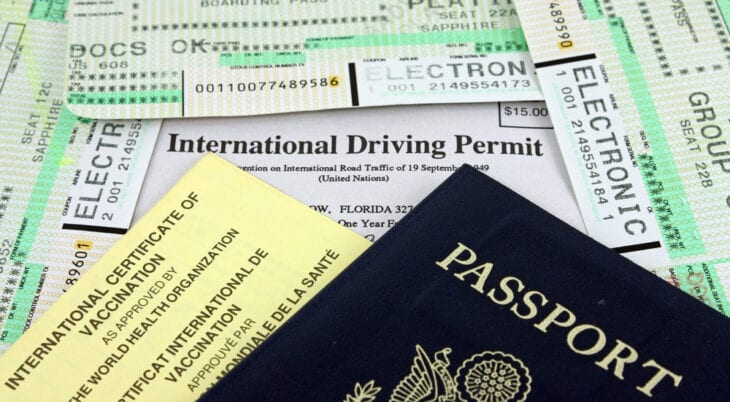 From many countries, you may need an international drivers’ permit, obtainable from your local authority before arriving in Greece.

Driving under the influence of alcohol is a serious offence in Greece. Police routinely set up random roadside testing. An additional factor for the visitor – the unfamiliar and sometimes strong drinks of Greece, Crete in particular. Raki goes down very smoothly, and you can quickly exceed a safe and legal blood alcohol limit – in Greece defined as 0,5 g/l – without realising it.

The fine for driving under the influence is the highest fine, reaching up to 700 euro. It’s also possible to have one’s licence temporarily suspended. 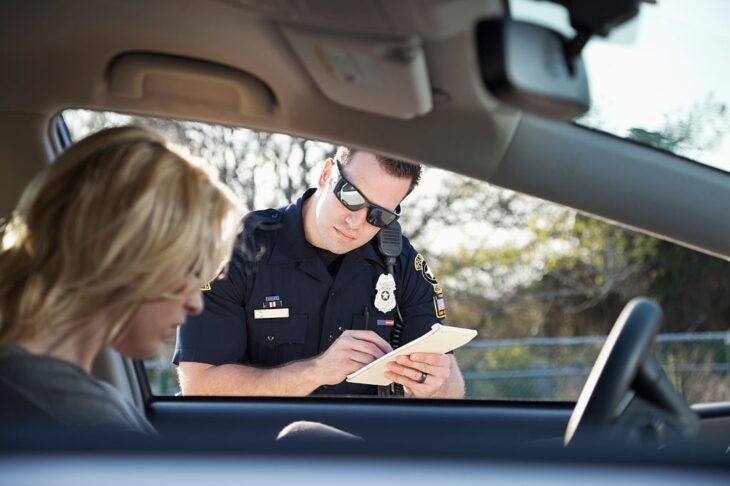 Talking on a cell phone or texting while driving are also strictly prohibited. Fines are at 100 euro per infraction. In the event of an accident, police check phone records to see if the parties were on their phones at the time.

Of course, in addition to stringently abiding by the speed limit signs posted, drivers will want to adjust for road conditions and circumstances, as described above. 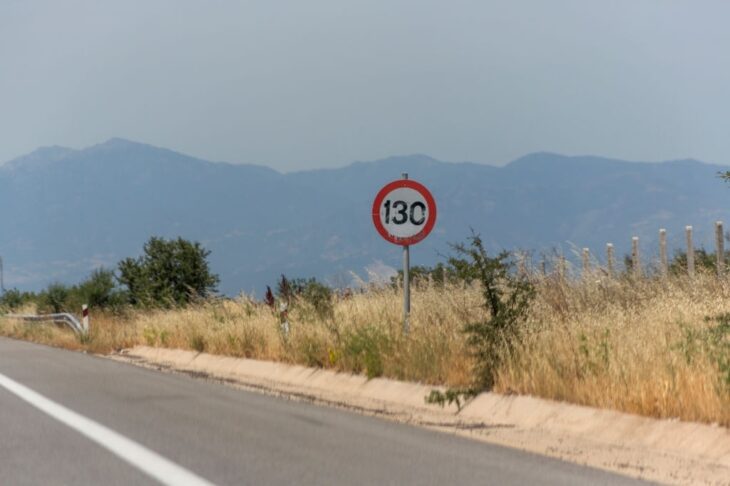 Speeding Violations: up to 20km/hour results in a fine of 40-100 euro, and it goes up from there, to approximately 350 euro. Exceeding the speed limit by over 50km/hour can even result in a suspended licence for 60 days.

It can be very hard to find street parking in Greece, especially in cities. If you do find a spot, make sure to look for signs about how to pay – instead of parking meters, most have an on-line system. These usually are in operation during business hours – up to 9 pm, even on Saturdays and sometimes on Sundays. Also, residential neighbourhoods sometimes require a special stocker for residents only. Signs will indicate this so it’s best to look out for them.

Also read:  Parking spots in Chania: Where to Park in Chania 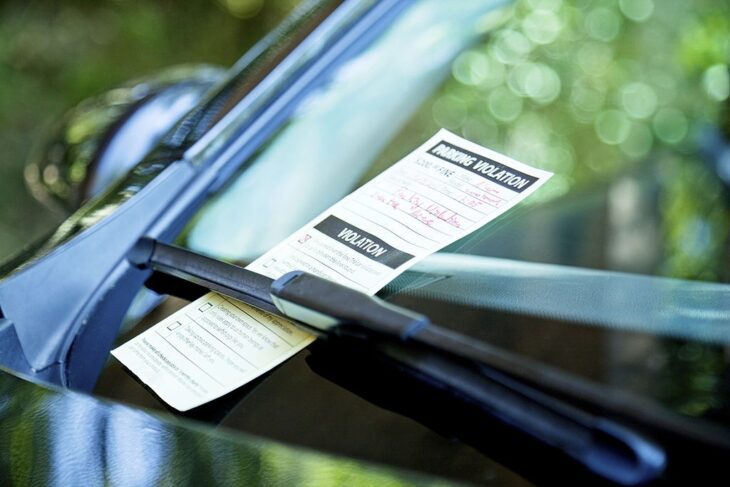 Parking fines are generally 80 euro. But if it’s a serious parking offence, licence plates will be removed, and that means a triple fine to get them back.

The good news – paying up right away often means a substantial deduction – 50%.

Other Driving Violations in Greece

Seat belts are mandatory in Greece, and not wearing one can result in a fine of 350 euro.

Driving Through a Red Light

Going through a red light in Greece carries a hefty fine – 700 euro.

Crossing a solid line in Greece can carry a fine starting at 200 euro.

Passing where prohibited can result in a fine of 350 euro or more. 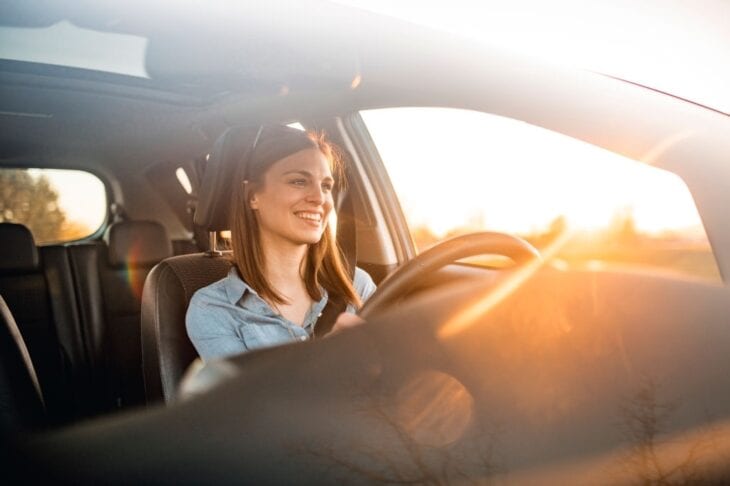