The Battle of Crete was one of the most dramatic battles of WWII, involving great reversals of power and significant losses. From May 20 to June 1, 1941, Nazi Germany launched an airborne attack on the Greek island of Crete, which is now known as the Battle of Crete. The battle showed, above all, the strong will of the people of Crete – there was strong and valiant civilian involvement in the battle and in its aftermath.

In April of 1941, the German High Command was debating whether to focus on the campaign in the Soviet Union or on attempting to seize Crete. The island was desirable for its strategic location in the Eastern Mediterranean, and in controlling it, the Germans would prevent its use as a base for the Balkan operations of the Allies. Operation Merkur (Operation Mercury), as it was to be called, was put into effect. British naval supremacy in the Eastern Mediterranean made an assault by sea impossible. But the Germans had a considerable number of skilled airborne forces to employ.

The Allied troops on the island – called “CreForce” were under the command of Major-General Bernard Freyberg, leading the 2nd New Zealand Expeditionary Force. The Allied forces were at a significant disadvantage from the outset, being undersupplied. In the withdrawal from the Greek mainland, much equipment had been abandoned. Despite naval strength, deliveries of supplies to Crete were largely unsuccessful due to Luftwaffe attacks – just 10 percent of the 27,000 tons of supplies – reached the island. There were few tanks and wavy artillery and not much ammunition. Many allied soldiers had only their personal weapons. Supplies were so short that they used their metal helmets to dig defensive shelters. 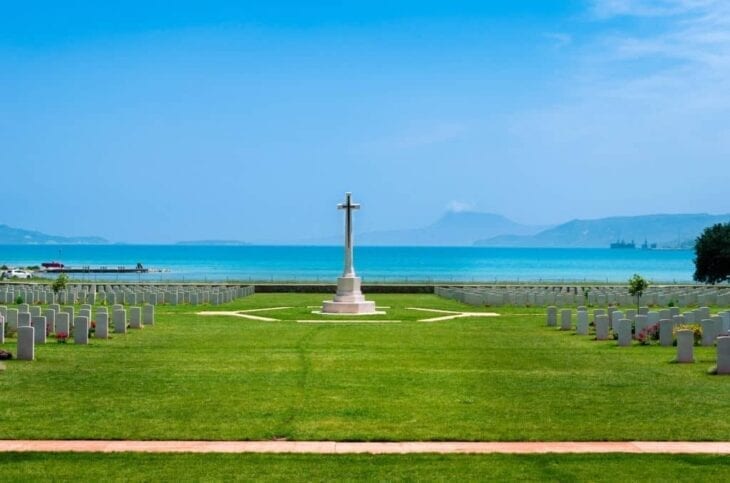 The strategic positions in Crete included Souda Bay as well as airfields at Maleme, Rethymnon, and Heraklion. The loss of any of these would mean that the Germans would be able to deliver both troops and supplies easily from their bases on the mainland of Greece.

At length, the invasion began. On the morning of May 21, hundreds of planes and gliders filled the skies over the Chania – Maleme sector of the island. There was a mass invasion of German paratroopers, and another such invasion followed later that same day in the areas around the Rethymnon and Heraklion airfields.

German losses in the initial invasion were very heavy – many died in the air before reaching the ground, and others as they tried to release themselves from their parachutes upon landing. The German command in Athens, fearing a humiliating defeat, launched a second assault with all available resources the next day. Their focus was Maleme, where some of the paratroopers had managed to secure a foothold. Ultimately this tipped the scales in their favour.

In the ensuing days, there was to be a mass evacuation of forces from the island – over 10,000 headed through the mountains of Crete to leave from Sfakia on the south coast, while around another 6,000 left from Heraklion. Of those who stayed, most became prisoners of war. But some – helped by Cretan civilians – evaded capture and became part of the Cretan resistance. In the end, the Germans came out victorious, despite having heavy casualties themselves.

What Was The Cretan Resistance and CreForce?

During the battle of Crete, the people of the Greek island of Crete organised a resistance movement against the invading Nazi Germany and Fascist Italy. Attacking German soldiers in Crete encountered strong local opposition for the first time during World War II. Cretan locals killed paratroopers in the Battle of Crete or assaulted them with knives, axes, scythes, or even just their bare hands. As a result, the conflict resulted in several deaths among the German paratroopers who had invaded. This resistance continued until the end of World War II.

The CreForce was the name given to the allied forces that had been sent to Crete to defend the island from the invaders. The force was under the command of the New Zealander, Major-General Bernard Freyberg VC, and included New Zealanders, British, Australian, and Greek troops.

How Many Was The Casualties Of The Battle Of Crete

Why Was The Battle Of Crete Unique?

The Battle of Crete was a significant military event in several respects. For starters, it was the biggest paratrooper attack in history. It was the first assault in military history to be primarily airborne. Even though the German invasion was eventually successful, it came at a high cost. A shift in German policy resulted from the fact that there were so many paratrooper losses, some of whom were also Cretan civilians. They would stop using significant airborne operations going forward and switch to using paratroopers as ground forces.

The Cretan spirit itself played a key role in the Battle of Crete; the Germans gravely underestimated the Cretans’ tenacity and commitment. Due to the Cretans’ republican and anti-monarchist inclinations, the Abwehr had assumed that they might even welcome the Germans as liberators. But the exact opposite happened. The civilian population on Crete actually put up a fierce mass opposition to German soldiers that they had never encountered before. In reality, King George had fled across Crete with the help of Cretan locals, Greek soldiers, and soldiers from the Commonwealth. 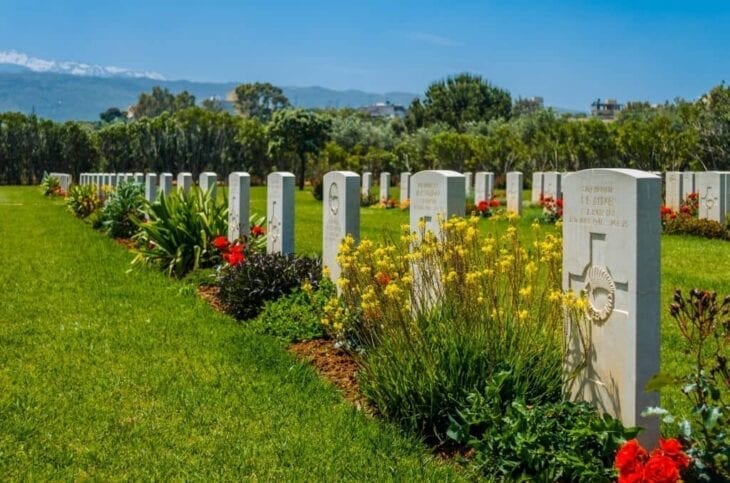 The role performed by military intelligence during the Battle of Crete is yet another aspect that makes this battle unique. Through their intelligence, the British Commonwealth uncovered the first indication of a plan for an eventual invasion of Crete. The intercepted wireless traffic communication sent by the High Command Intelligence through the Enigma machine to various German military branches was successfully decrypted by British Intelligence. The letter, which was a part of what would later become known as Directive 28, declared that Crete would act as Germany’s operating base so that the Luftwaffe could continue its airstrikes in the Mediterranean and North Africa in conjunction with the Soviet Union’s coming invasion.

When Did The Battle Of Crete Start And End?

The Battle of Crete began on May 20, 1941, when the German Wehrmacht invaded the island, and lasted until June 1, 1941, during World War II. Over the ensuing days the Germans pushed the Allied forces southward – by May 28th, many allied troops began their withdrawal from the island, heading over the White Mountains. From Sfakia, thousands were taken to Egypt, while many others departed from Heraklion. There were less fortunate, as many later died in a Luftwaffe attack en route to Egypt. On the 1st of June, the remaining 5,000 defenders at Sfakia surrendered.

How Long Did The Battle Of Crete Last?

How Did The Battle Of Crete Affect The Result Of World War II?

The level of civil opposition the Germans experienced in Crete was unprecedented. The evolution of WWII, according to various historians, was significantly influenced by the Cretan resistance. Hitler dispatched a total of 100,000 troops to the island over the three and a half years of the occupation to put down 5,000 Cretan insurgents. Instead of being stationed only on the island of Crete, these German forces might have been used elsewhere. Most significantly, the battle on Crete prevented Hitler’s master plan to invade Russia before the impending winter, which led to the deaths of many German soldiers who were ill-equipped to weather the severe Russian winter. 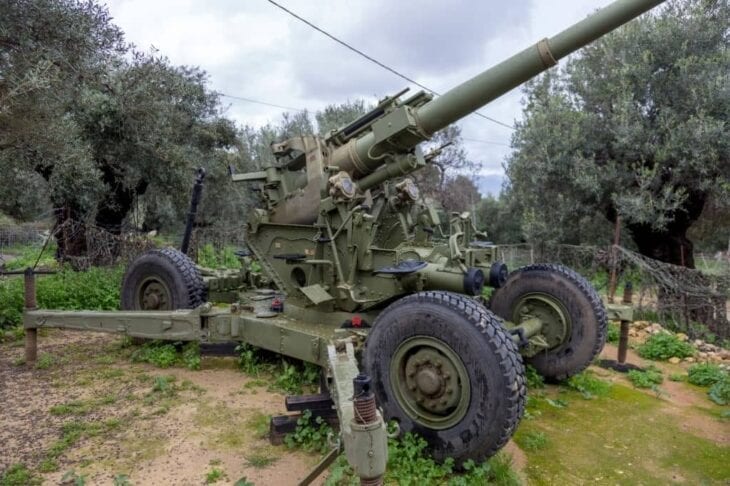 The German Involvement in the Battle of Crete

The Battle of Crete remains important in the history of the island, as it reveals much about the uncompromising character of the Cretans and their legendary bravery. Firstly, the initial resistance of the civilian population was swift and bold. Instances of civilian resistance include such tales as an old man beating a paratrooper to death with his cane and a priest and his son taking rifles from a museum and sniping at German paratroopers.

The Germans were shocked at the resistance and, in time, became enraged. There followed some brutal reprisals against the civilian population, often making no distinction between armed and unarmed civilians, in defiance of the Hague convention. The village of Alikianos and its surroundings suffered, for example, very brutally, with 195 civilians killed. The village of Kandanos was destroyed completely, and 180 civilians were killed in an event now known as the razing of Kandanos. 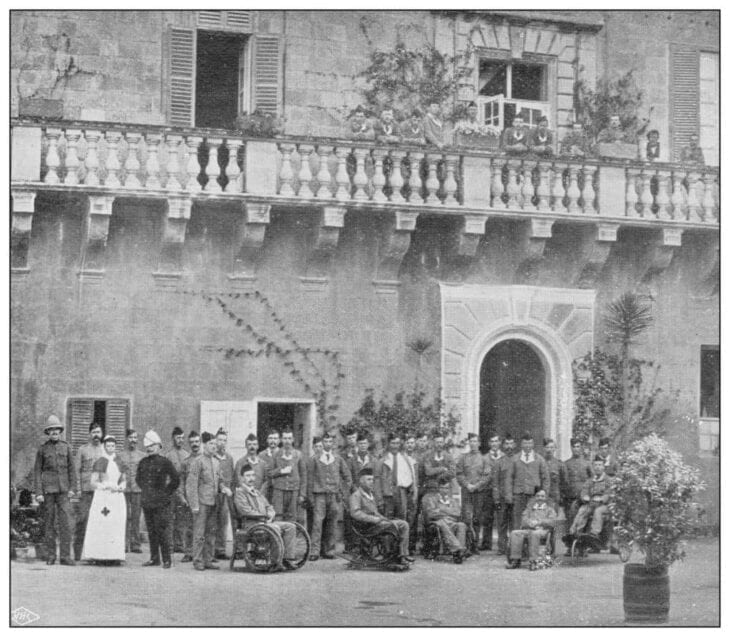 Monuments And Sites Dedicated To The Battle Of Crete, WWII

There are monuments to the martyrs of Crete in many villages. One can be found at Kakopetros in Kissamos. There are also monuments in Chora Sfakion, Chania, Moni Preveli, Amiras, Kandanos, Anogia, and Kallikratis, among others. There is a Hellenic-Australian memorial Park in Rethymnon. The primary monument to the Battle of Crete is found in Heraklion. There are also both Allied cemeteries and German cemeteries in Crete – notably the Allied cemetery in Souda Bay and the German military cemetery in Maleme.

Can I rent a car and drive to the Battle of Crete Monuments?

Milestone Anniversaries And Main Events Of The Battle Of Crete

In order to commemorate the Battle of Crete, the following events take place every year from the 15th to the 24th of May:
15th May

The Battle of Crete in the Movies

The Enigma decoding machine that so enhanced Allied military intelligence and was first used extensively in preparation for the defence of Crete is the subject of the 2014 film “The Imitation Game”. There is also a 2005 documentary of the Battle of Crete called “The 11th Day”. The 2010 film “Max Schmelling” is a biopic of the famous German heavyweight boxer – formerly one of the Paratroopers of the Battle of Crete.