Independence Day in Greece is a particularly wonderful celebration, as it is in fact two holidays in one. Celebrated on the 25th of March, Greek Independence day coincides with the Annunciation – the Evangelismos.

This is more than a coincidence, for Greek Independence day derives much meaning from the Evangelismos.

The Evangelismos – the Annunciation of the Virgin

Exactly nine months before Christmas, the celebration of the birth of Christ, is the annunciation. This is the day when Jesus became incarnate – the conception of the son of God. 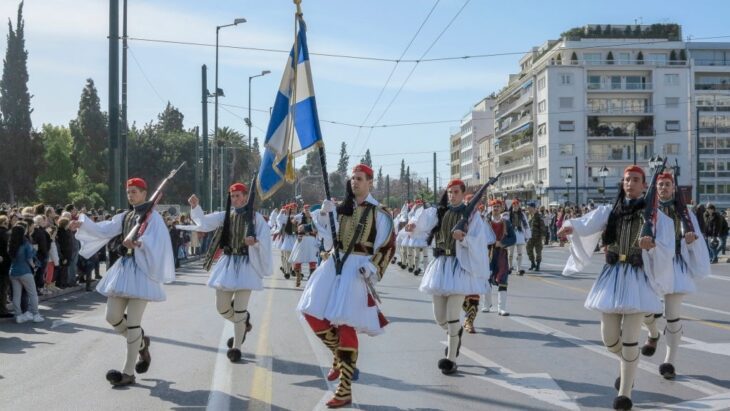 All Greek names deriving from Evangelismos celebrate on this day – Evangelos (like the Greek academic and politician), Vangelis Papathanasiou (like the composer) a derivative of Evangelos, and Evangelia, plus Theotokos (Theotokos is the Orthodox word for the Mother of Jesus – like Dei Genitrix)

The Meaning of the Evangelismos and Independence Day

Greek Independence was not only a political struggle for sovereignty and to free themselves from centuries of Ottoman occupation. It was also a spiritual struggle. Orthodox Christianity was an essential and definitive component of Greek identity as the Greeks struggled for independence from their oppressors, who were Muslim.

The Beginning of the Greek War of Independence

The Metropolitan Germanos of Patra – popularly referred to as Palaion Patron Germanos – raised the Greek flag with a cross, accompanied by Greek freedom fighters, at the Agia Lavra Monastery in Kalavrita, in the Peloponnese, declaring war on the Ottomans. In this symbolic choice of date, the connection between Greek Orthodoxy and Independence were inextricably linked. It was as though the blessings of the Virgin could help in their struggle.

The Greek Struggle for Independence

The War of Independence was a long one. While there were initial successes, and while Athens – then just a village at the foot of the magnificent Parthenon – was captured in June of 1922, the war continued for a long time. By 1827, Athens fell back to the Ottomans, as did many of the Greek Islands.

International Sentiment United in the Cause of Greek Independence

In many ways, the Greek War of Independence began abroad, in the rising consciousness of enlightened Europeans who owed much of their culture and values to ancient Greece. The birthplace of philosophy, of drama, of the ideals of western art, and, importantly, of democracy, the ideal of ancient Greece was treasured by the intellectuals of the west. Seeing the heirs of this glorious heritage oppressed by the Ottomans, and to a certain degree seeing their fellow Christians oppressed by Muslims, ignited a strong feeling of support for the plight of the Greeks.

Events such as, notably, the 1922 Massacre of Chios, mobilised public opinion. Greece enjoyed the popular support of the great power and their people. Intellectuals of the era promoted the Greek cause, and in some cases joined – such as, famously, the poet Lord Byron.

Greece was able to push on heroically. There were serious reversals en route, most famously the devastating siege of Missolonghi of 1826. But the Battle of Navarino in October of 1827, in the Bay of Navarino in the Peloponnese, proved to be a key turning point, in which the Ottoman and Egyptian fleets suffered devastating and decisive losses at the hands of Great Britain, France, and Russia.

Also read:  The Blessing of the Waters Ceremony - Epiphany

Concluding the Russo-Turkish war, which itself was another contributing factor to Greek Independence, a treaty was signed in Edirne (Adrianople in Greek), which now is close to the Greek border. Within its terms, the Ottoman Empire was forced to recognize the sovereignty of the Independent Greek State, in 1829.

Heroes of the Revolution

Visitors to Greece will soon become familiar with the names of many heroes of the Revolution, although they may not know it. Streets and squares all over Greece are named for them. Theodoros Kolokotronis, a klepht (highwaymen turned anti-ottoman insurgents), was a Greek general and leader of the revolt. Also of note are Admiral Laskarina Bouboulina (the first woman to achieve the rank of admiral), the commander Giorgos Karaiskakis, and the General Yiannis Makriyiannis were also major figures, as well as the Souliote chieftain Markos Botsaris. Manto Mavrogenous, of the Cyclades, was a compelling figure. Sophisticated, aristocratic and multilingual, she contributed all of her considerable fortune to the cause, her connections and intelligence to promoting the cause abroad in the salons of Paris, and her personal courage on several battlefields. These are just a few of the many men and women whose valor inspires eternal memory.

This important holiday coincides with the onset of Spring, the feast of the Annunciation, and the approach of Easter – it is a festive time in Greece.

Closures on Independence Day in Greece

Every Greek schoolchild knows the basic Greek dances, and in schoolyards all over the country before the holiday, they dance in great circles, while dressed in blue and white.

There is also a school parade in every town, where, again dressed in blue and white, the children and pupils march, with the best student in each class carrying the flag. 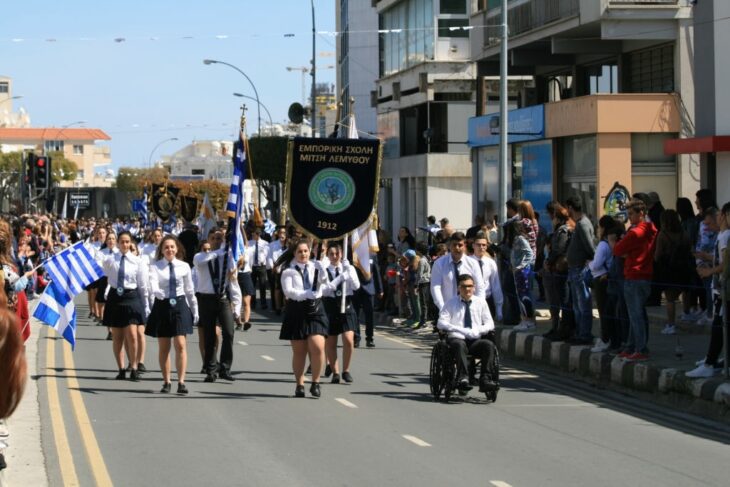 In Athens, Greek Independence Day is celebrated with a huge Military Parade, with everyone contributing their bravery and skills to Greek society represented – the coast guard and fire brigade, for example. (A similar parade takes place in Thessaloniki on “Ochi” day – the day Greece said “no” to the Italians, thus entering world war II, October 28th). Other parades with the military take place throughout Greece. 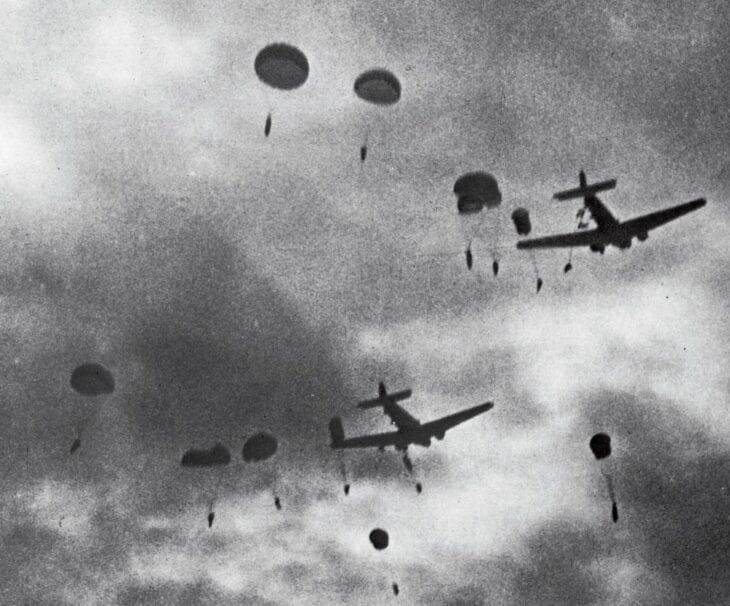 Battleships fill the ports, and fighter planes engage in stunning manoeuvres – Greek pilots have a reputation as being among the very finest in NATO.

Independence Day in Greece and the Feast of the Annunciation

The holiday almost always falls during the lenten period of fasting that precedes Easter. On this day, the traditional fasting meal is fried salt cod – Bakaliaros. The dried salted fish which is soaked and then battered and fried is popular all over Greece and it is particularly well-suited to being a traditional fasting meal Greeks everywhere can enjoy, even those who are far from the sea and fresh seafood. Bakaliaros is therefore also the traditional feast of Greek Independence Day. If you are ever in Greece on March 25th, this festive meal is a must. It is served as a special in most restaurants and taverns. 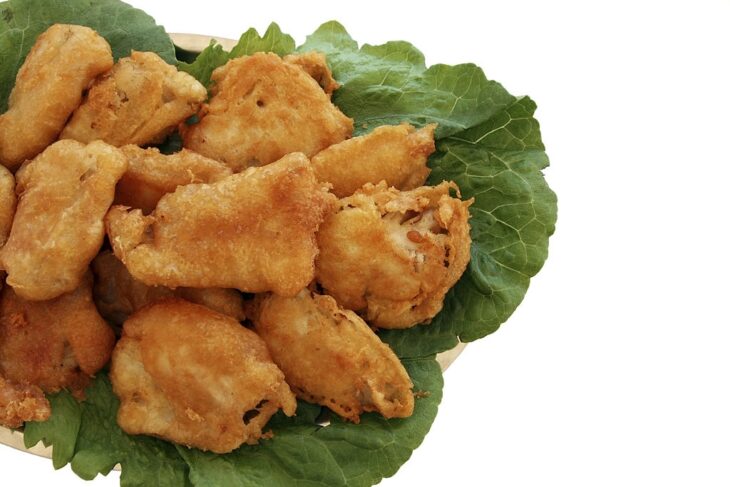 What is Greek Independence Day Called?

Much like in the United States, although it has the official title of Independence Day, it most commonly is called by its date, 25 March – “Eikosi-pente Martiou”