The Icarus and Daedalus Full Story

The Icarus and Daedalus full story is one of the most popular Greek myths, known at least superficially to many, as it is a powerful allegory for both the heights of human achievement and the hubris – pride in its worst sense – that can go with it. The allegory shows us to strive but also to not forget caution and humility. It’s from this myth that we have the expression “Don’t fly too close to the sun”.

What is the Icarus and Daedalus Full Story?

Lovers of Greek Mythology, as well as lovers of Crete, are probably already well acquainted with Daedalus. It was he, after all, who constructed the legendary Labyrinth at Knossos, to hold the great beast the Minotaur. And for that matter, he had been instrumental in the very conception of the Minotaur, constructing for the besotted Pasiphae, wife of King Minos, the contraption with which she was able to consummate her passion. 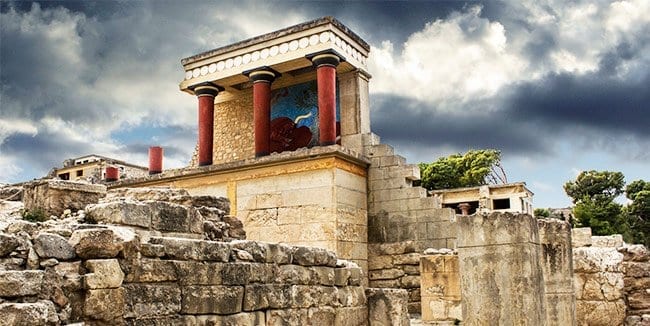 Knossos Palace is the most important part of Heraklion’s History

Daedalus was good at making things – daidala, in the language of Homer, refers to a finely crafted object. He made the contraption for Pasiphae, then he made the maze to imprison the bull. Finally, he would have to make a way to escape, as the secret of the maze was so important that Minos had Daedalus imprisoned. The powerful king watched the seas carefully. Therefore, the only way of escaping Crete was the sky.

He wanted to take his son, Icarus, with him. Daedalus set about gathering feathers, and slowly constructed wings with feathers from small to large, like a bird. He fastened them together with string, and used wax to secure them at their base. The wings worked, and they made their plan. Daedalus cautioned Icarus to be careful – too close to the waves and the sea foam would get the wings wet and make them too heavy. On the other hand, too close to the sun, and the wax would melt. 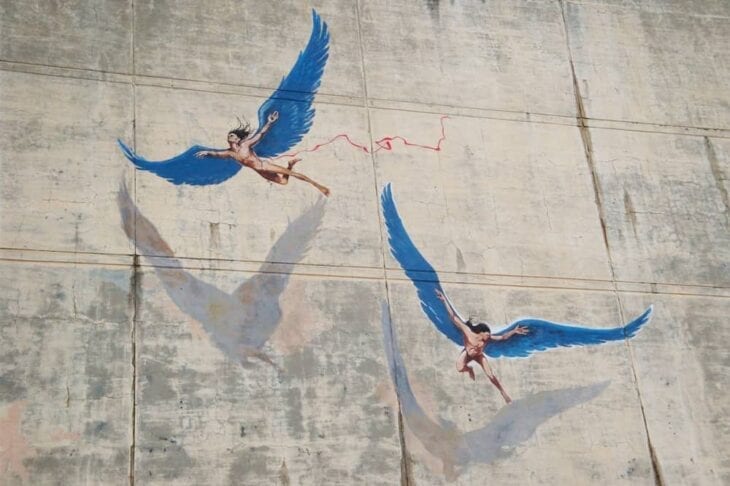 They set off, with success. Ovid’s telling of the tale is the main one that we have inherited. He traces their path heading north from Crete: “And now Samos, sacred to Juno, lay ahead to the left (Delos and Paros were behind them), Lebinthos, and Calymne, rich in honey, to the right.” All went well until then, when Icarus then, forgetting himself in the joy of flight, flew upwards. The sun melted the wax on his wings, and he fell into the sea. In memory of Icarus, we have the name of the island Icaria, just west of Samos.

Why is the myth of Daedalus and Icarus considered a tragedy?

The myth of Daedalus and Icarus is a tragedy for two reasons. One of course is the death of Icarus. But the other, more lasting tragedy is that his fall came ultimately from his father’s invention, as well as from his own hubris. It is not just a tragedy, but a timeless cautionary tale. 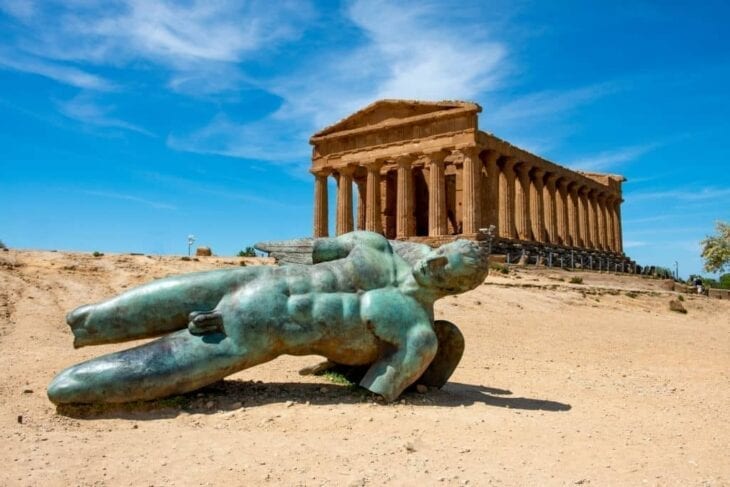 What does Icarus symbolize?

Icarus symbolizes our own yearnings to strive. But more than that, this is a story about using power wisely and with caution. Icarus symbolizes the mortal desire to break free of the constraints of the laws of mortals – to feel like a god. Icarus symbolizes what can happen to us when we yearn for the impossible, and forget our humility. 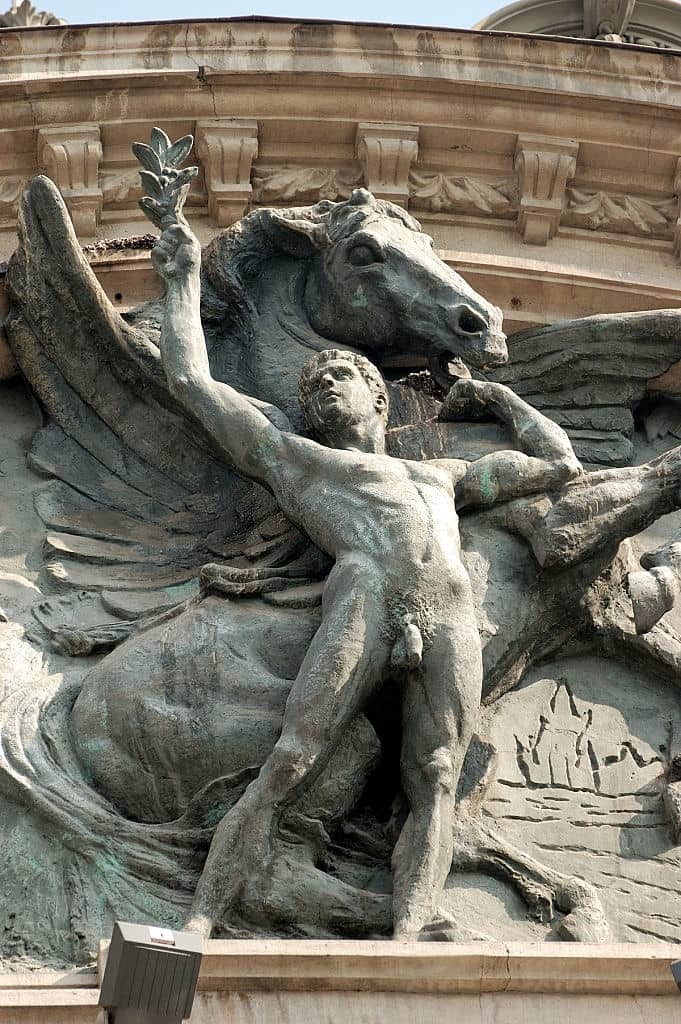 More conventionally, we can simply see this as a tale of how youth can often ignore the advice of those wider and older, and the tragic results this can have.

When we know more of the story of Daedalus, below, we may also see a tragic poetic retribution for an act in Daedalus’ past.

How did Icarus die?

Icarus died from his fall into the sea near Samos. Daedalus saw he was no longer with him and searched sky and sea. Icarus’s body was finally washed ashore on another island – the one that is now named Icaria. Some versions of the myth have Hercules recognizing the boy, and bringing him to Daedalus.

What happened to Daedalus after Icarus died?

This best known of all the stories of Daedalus is not the first chapter in his story, nor is it the last. The legend of Daedalus has his origins in Athens, not Crete, as a descendent of the great King Erectheus. Daedalus rose to prominence as the greatest sculptor and architect of Athens. In his workshop he had an apprentice – his nephew Talos (not the same Talos that is the bronze mechanical protector of Crete, another Talos), or alternatively called Perdix, son of his sister. The boy was also enormously talented, and mythology credits him with inventing both the saw and the compass. He was so talented in fact that Daedalus became ultimately blinded by jealousy, lest the boy become even more famous than his mentor. Daedalus flung Talos off of the Acropolis to his death. For this, he was banished to Crete. He took the son of his sister, who killed herself in grief, and ultimately his own son was taken from him. 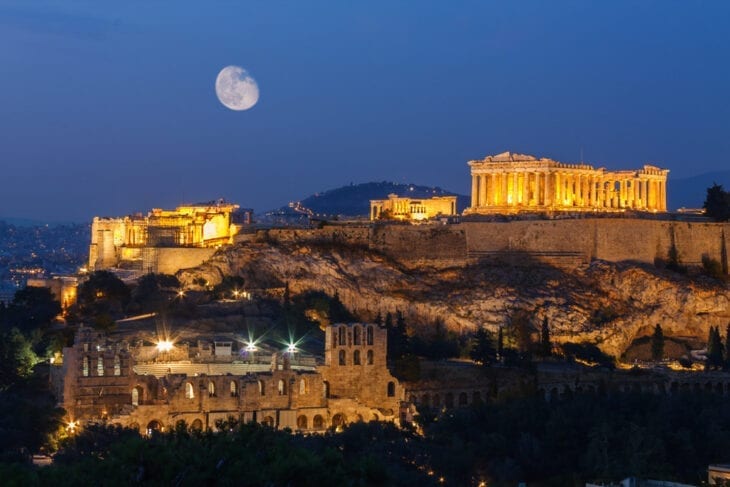 In Crete, he was of course welcomed, as his reputation of skill preceded him. There the better known parts of his story unfolded.

Of course Daedalus was stricken by grief from the fall of his son. But his story does not end here. Unlike his sister, he continued to live. His wings carried him all the way to the island of Sicily.

He came to the kingdom of Cocalus, on the south coast of Sicily. He built a temple to Apollo, and hung up his wings. King Cocalus welcomed him. He was of course as impressed with the skills of Daedalus as the Athenians and the Minoans had been. 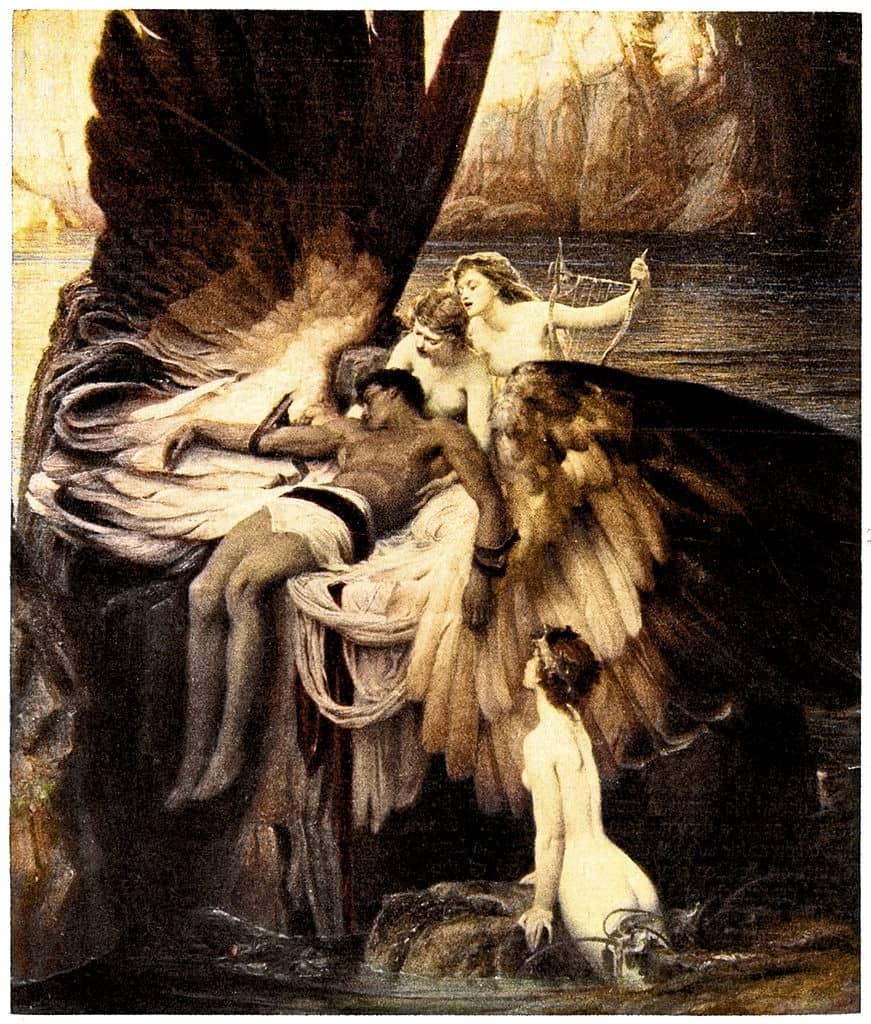 Meanwhile, King Minos had not forgotten him, and was ever in pursuit. At length, fame of this new resident of Cochalus reached the ears of King Minos. But he was a shrewd man. He did not set out for Sicily, nor did he even declare his intentions. He merely sent King Cochalus a puzzle – could this magnificent craftsman of his possibly find a way to thread a conch shell?

Daedalus had a clever idea, not unlike the thread he had given Ariadne to help Thisseus out of the maze, but in reverse. He made a hole in the tip of the shell, and placed a drop of honey. Then he tied a thread to an ant, who traced the spirals of the inside of the shell on the way to the honey. Such cleverness was all the evidence and encouragement that King Minos needed. He set off. 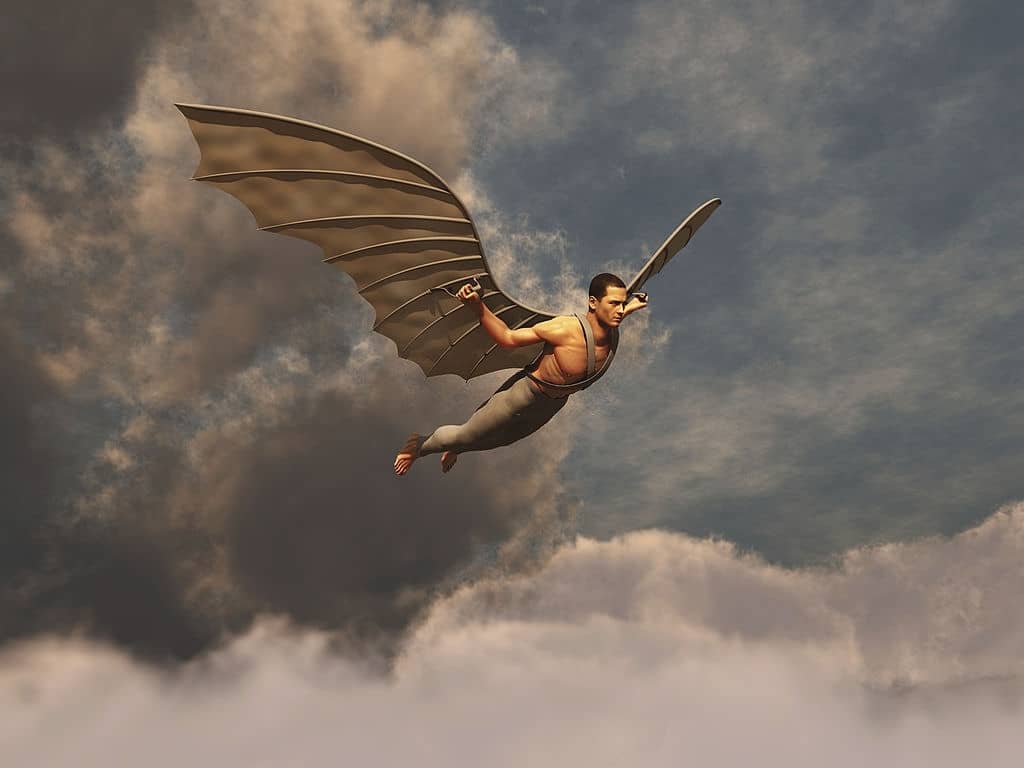 Meanwhile, King Cochalis became aware of King Minos’ true intentions. He wanted a good relationship with the Minoans. But then, skilful architects and craftsmen are hard to find. So finally, when Minos arrived, rather than handing over the craftsman, he killed the king.

Daedalus continued to live a peaceful and productive life in Sicily. He built a treasury for the king, constructed an artificial lake, and harnessed the great heat of a cave to warm the water for public baths, among other works.

Daedalus and Icarus in Art

The Myth of Daedalus and Icarus has been an inspiration to artists throughout the centuries. From a fresco in Pompei to a compelling Caravaggio to this work of the Pre Raphaelite Draper. 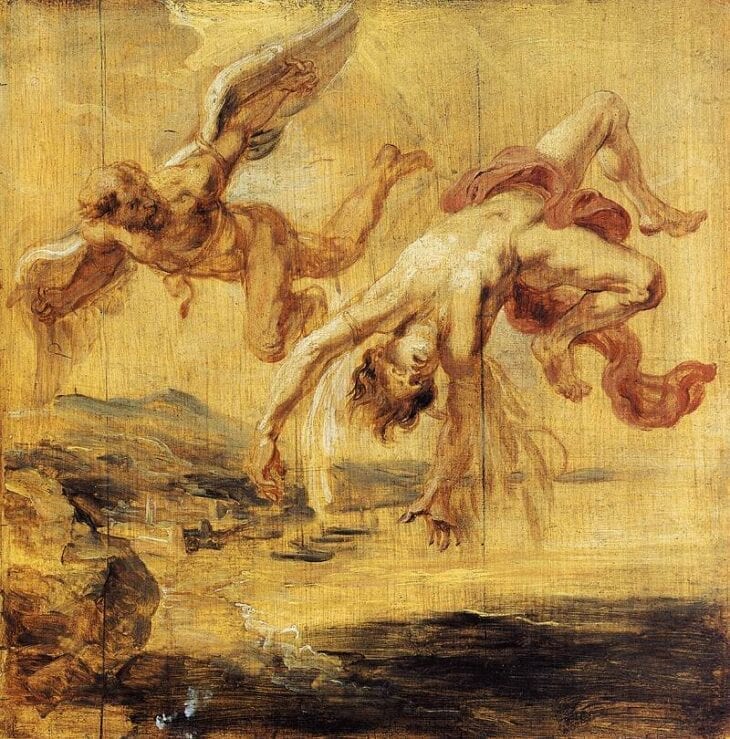 The Fall of Icarus

The Icarus and Daedalus full story will continue to inspire. Have you read it before?