The Magnificent Caves of Crete

Crete is a geological wonder, so varied and diverse as to seem like a nation unto itself.

When we think of Crete, we think first of the sea — a glorious coastline of dramatic cliffs plunging into the sea, of hidden coves, rugged stretches of rock, and pristine beaches. But inland it is also full of wonderful gorges and mountains. The wild topography of Crete is crowned by several mountains- the “Lefka Ori” (“White Mountains”) with their summit Pachnes (at 2453m), Lassithi’s Mt. Dikti (at 2148), and of course, Psiloreitis (“High Mountain”- “psilo” means “high) – known also as Mt. Ida. (Mt. Ida’s peak- Timios Stavros- at 2456m, is Crete’s highest). 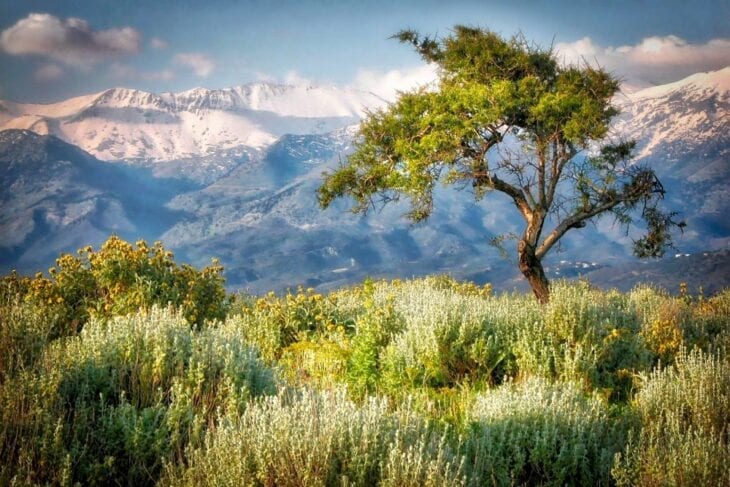 But what of the other marvels of the natural world- invisible at first? These mountains hide geological, archaeological, and historical treasures. The many rich caves of Crete are reason enough to visit this island. If the attraction of their natural features were not enough, they are also sites of momentous events- both mythological and historic, and as such, they are sites of archaeological interest.

Any of these make an excellent destination- perfect for cooling off in the summer, and even better for explorations in the winter and fall as our attention turns towards inland pleasures.

Explore the Caves of Crete

Cave of the Elephants

“Newest” in the caving scene in Crete is the magnificent Cave of the Elephants. Near Souda Bay in the Chania prefecture, this cave was only discovered in the 1999 (by a snorkeler) and explored the following year. 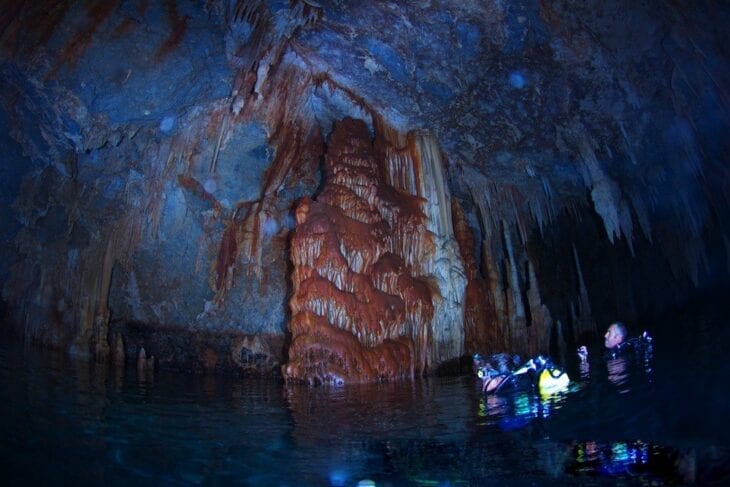 The cave’s main chamber- beautifully ornate with stalactites and stalagmites, is filled only partially with water. But you need to be a diver to get here- many professional companies arrange guided excursions. Its name comes from the bones of a species of Elephant found in the cave.

38 km from Rethymnon and just under two km from the village of Melidoni, the Melidoni cave unites geology, history, and mythology. The cave hosted one of the most tragic and heroic events of the Cretan resistance against the Ottomans. In 1823, 370 women and children along with 30 fighters sought refuge in the cave. The Ottoman army found them but they refused to come out. Finally, in January of 1824, the Ottomans dropped combustible materials in an opening and burned all the inhabitants. Their bones are collected now in an ossuary in the cave. 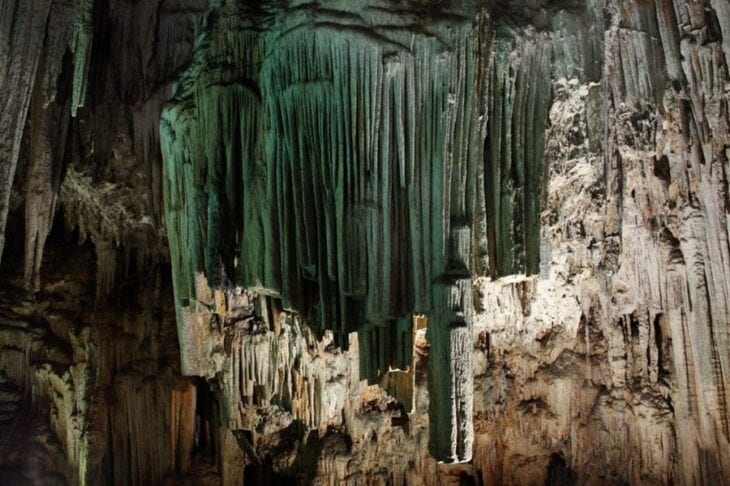 Excavations of the cave reveal that it was home to prehistoric people. It was also home to Talos. Talos was the protector of Crete- an automaton of Bronze, he was a mythical figure so large he easily traversed the island’s shores on foot three times daily. He protected Europa (Mother of King Minos of Crete) from pirates and invaders, hurling giant boulders at approaching ships.

Findings from the cave’s excavations, including Minoan artifacts, are found in the Archaeological Museum of Rethymnon.

Near the picturesque mountain village of Anogia in Zoniana, home of Sfendoni, a vast and spectacular cave. 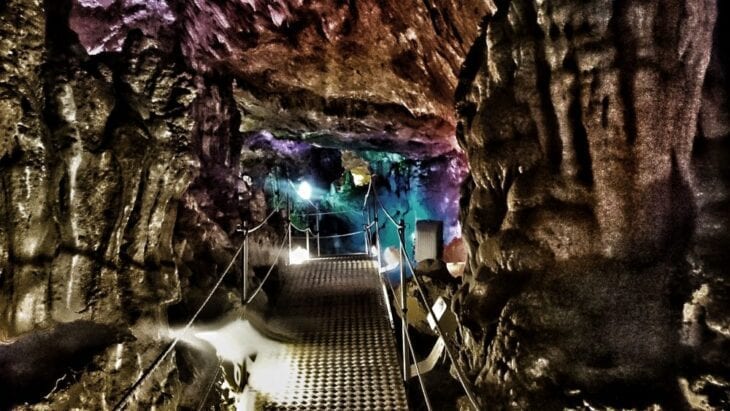 The entrance to the cave is itself spectacular, offering sweeping views, and dramatic rock formations. The cave itself is over 3,000 square meters. A visitors’ path of about 270 m leads through the cave’s many chambers. In addition to the eerily beautiful rock formations, there are water basins and aglow with “cave pearls”, and tiny glowing crystals of calcium carbonate. This is considered one of the most significant and best preserved caves in all Greece.

Our last entry is also the best known all over the world. Ideon cave- admittedly the least spectacular in appearance compared to the caves above- has the distinction of being the mythological birthplace of Zeus. 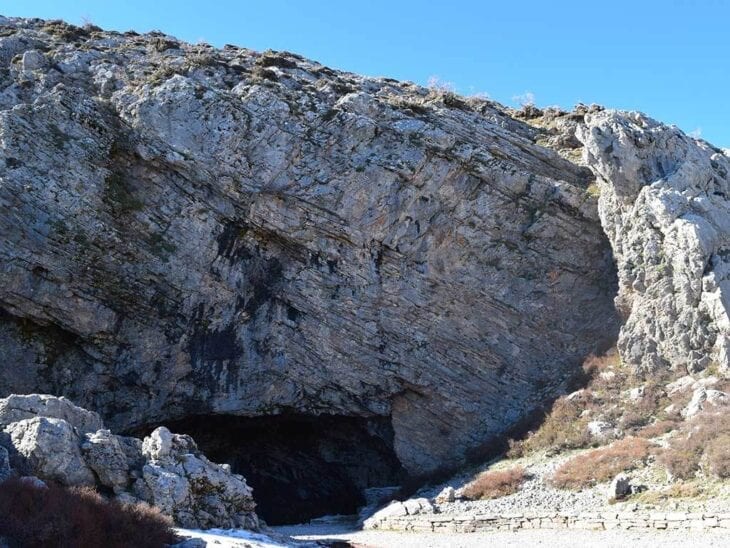 More importantly, it was the hiding place of Zeus. Chronos, his father, heeded a prophecy that said he would be overthrown by one of his children. Chronos solved the problem by eating them, Rhea, mother of Zeus, hid him from this gruesome fate in a cave, 1,498m up on the slopes of Mt. Ida. This was an important cave sanctuary throughout all of antiquity, and was excavated the first time by Federico Halbherr (the archaeologist known for the excavations of the Minoan Palace of Faistos and Gortyna.) Findings from the cave are now housed at the Archaeological Museum of Herakleion.

Have you visited any caves in your travels? We hope that this post inspires you to discover the magnificent caves of Crete.