Discovering the Fortresses of Crete

Today’s Crete is defined by the notable cultural influences which have been present on this island for centuries. With its historic fortresses and dreamlike bays, Crete has preserved its cultural past.

The Grand Fortresses of Crete

The Cretan land is dotted with numerous Venetian fortresses which are witnesses to history which spans over hundreds and thousands of years. Once upon a time, these large military constructions served the Venetians as a military base and were used to protect the island from attackers. Let’s have a look at some of the most important fortresses on Crete. 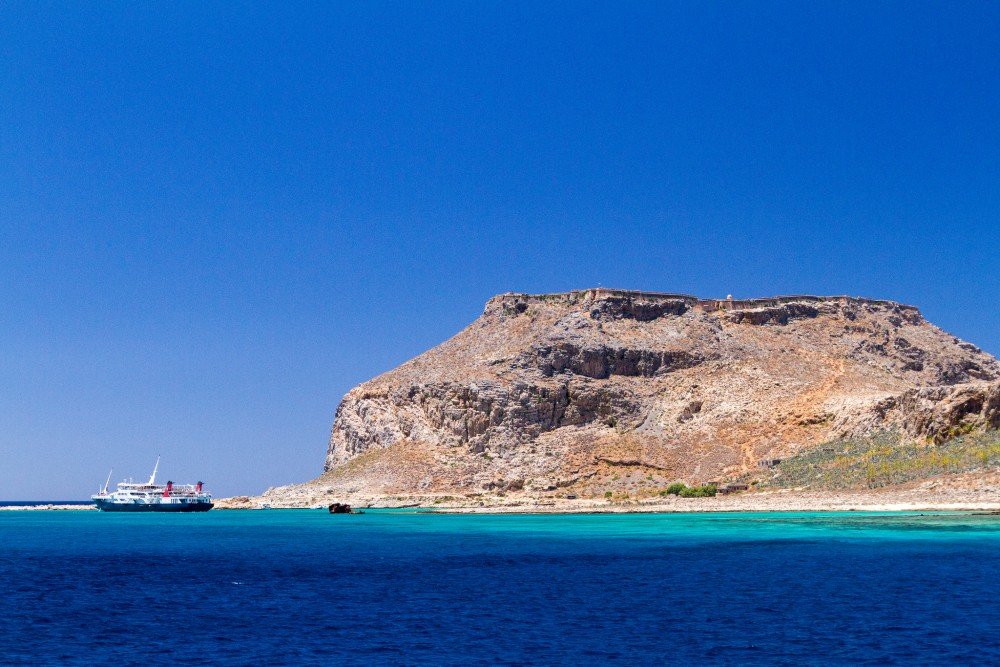 This fortress is set on the highest part of the island at 137 meters high. Built by the Venetians at the end of the 16th century to protect northeastern Crete, it was eventually seized by the Turks. In 1825, it was captured by the Cretan Fighters and for three years it served as a basis to more than 3,000 rebels. All over Europe, it became known as the Pirate Island. Piracy was not in anyone’s interest so by joining forces, the English, French and Greeks managed to liberate the island. Legend has it that a great treasure was buried on this island. An abandoned shipwreck has become one of the main characteristics of the impressive landscape. 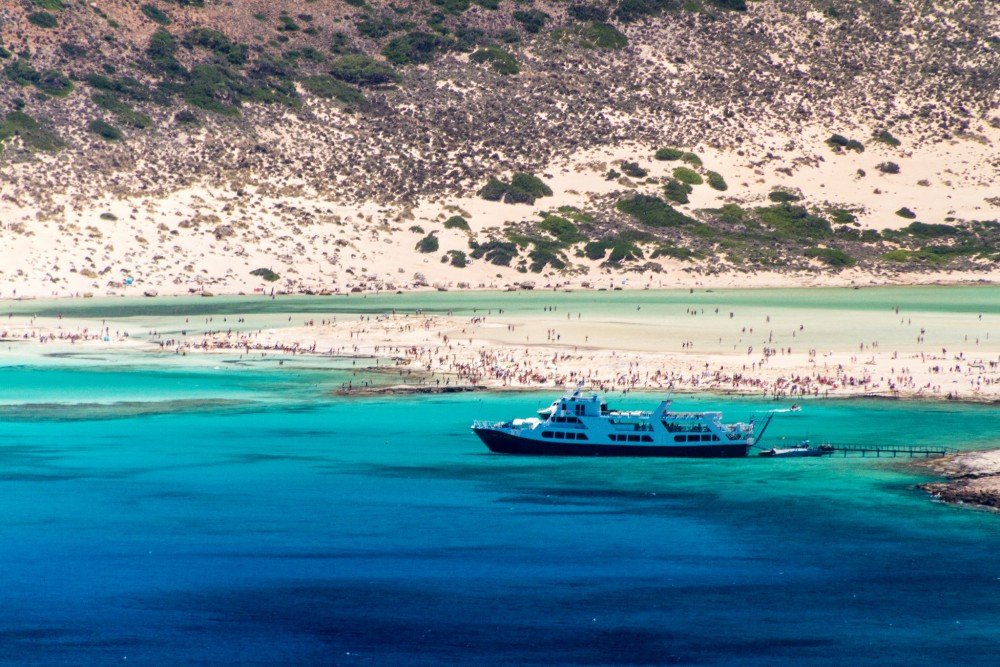 Tip: Daily boats run from Kissamos (approximately one-hour trip) and stop at the Gramvoussa Fortress before continuing to the magnificent lagoon of Balos. 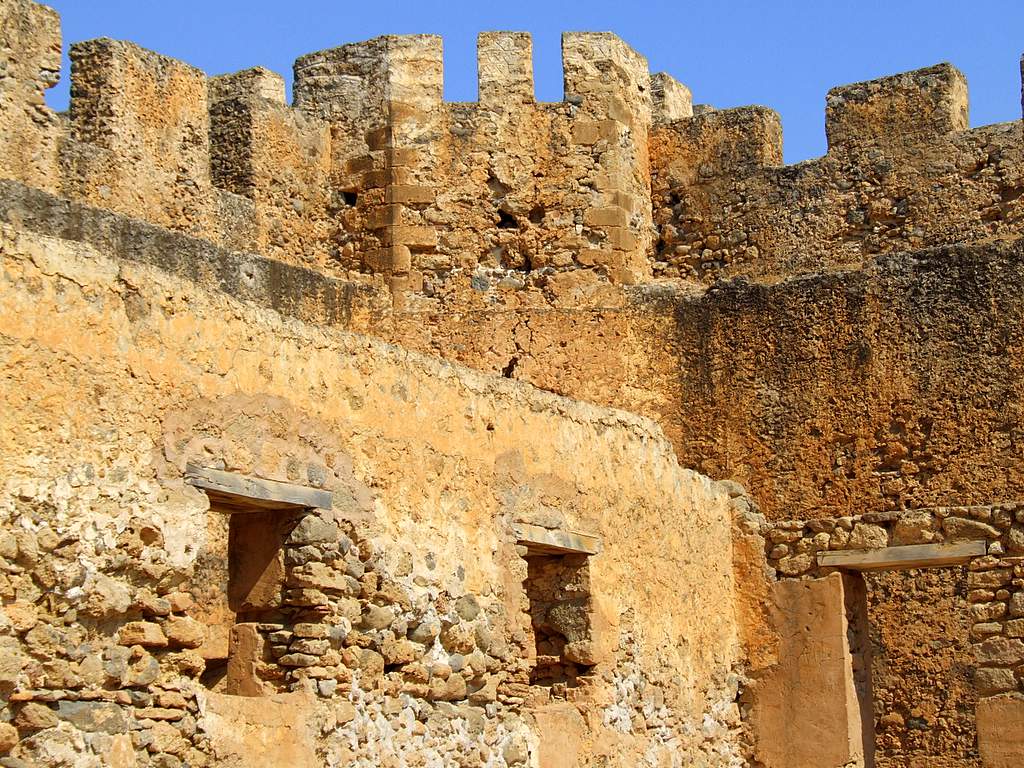 Located in Chania, the Frangokastello Fortress was completed in the late 14th century by the Venetians to protect the coast from the pirate raids. The construction stretched over a period of thirty years as rebellious Cretans kept protesting against the invasion. It is here that the six Patsos brothers bravely campaigned for the freedom of Crete until they were hung from the towers of the fortress. Eventually the fortress did not serve its purpose and the same fate continued during the Ottoman rule.
Legend has it that every year from the end of May until the beginning of June, shadows by the name Drosoulites appear on the beach in front of the castle. Apparently, they are the spirits of the dead warriors who fought here against the 8,000 Turks in the Battle of Frangokastello which took place on the 17th of May 1828. 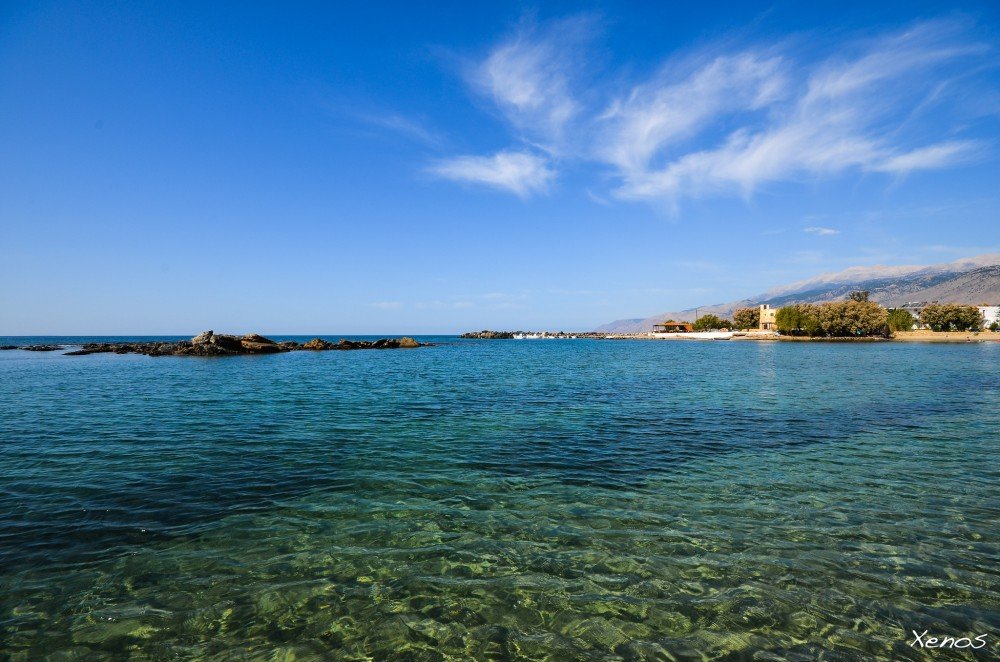 Tip: If you do come here on a day trip you can also swim on one of the sandy beaches located on the western side of Frangokastello as well as enjoy a coffee or a light lunch in one of the local tavernas. 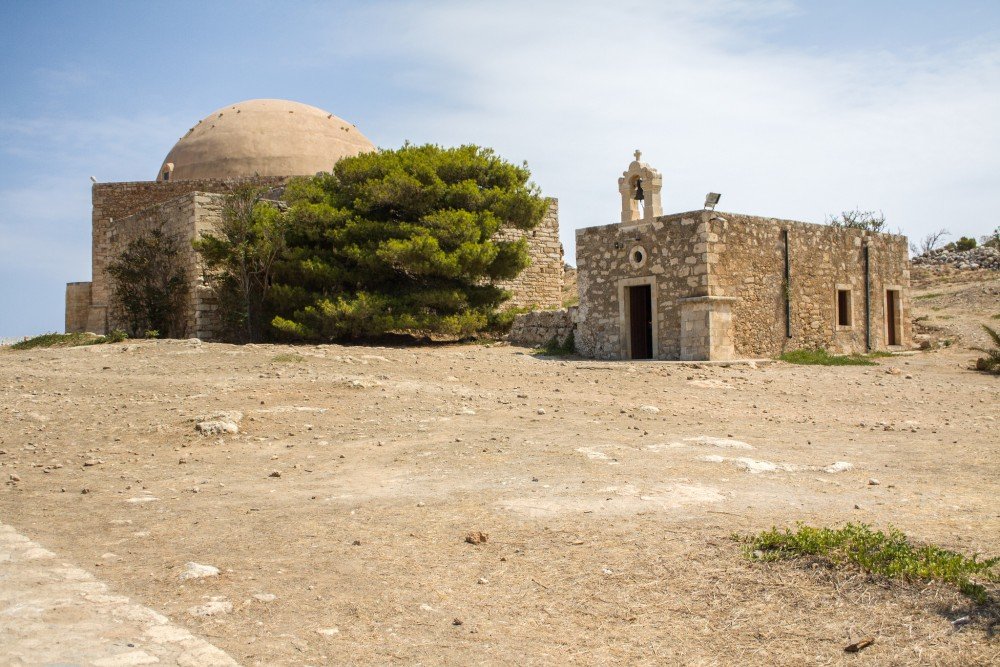 The citadel of Rethymnon was initially built by the Venetian marine powers in the 16th century to protect the town from the Turkish attacks. Set on a hill known as Paliokastro translating as the old castle, the fortress was built on the same hill where the Acropolis of the ancient city of Rithymna once stood, along with a sanctuary dedicated to goddess Artemis.
The Fortezza which is shaped like a star and is visible from all the corners of Rethymnon was unfortunately not strong enough to withstand large assaults. It was eventually captured by the Ottomans in 1646. During the Ottoman ruling no major changes were made to the Fortezza apart from converting the cathedral into a mosque. The fortress was used until the beginning of the 20th century. After World War II once the city began to expand many of the inhabitants spread across the city.

Tip: During the summer months, a number of concerts and performances take place at the Fortezza. 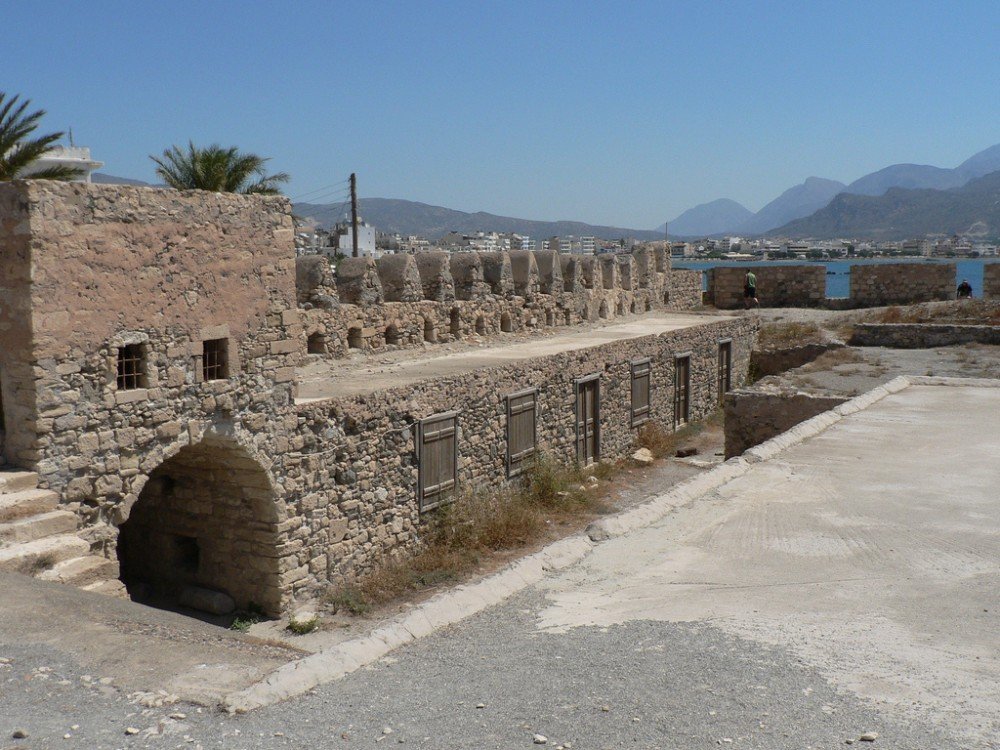 The Kale fortress in Ierapetra was originally built by the Venetians to oversee the ships coming nearby and to protect the land from pirates. Its name is said to have derived from a Turkish word koules meaning tower.
A legend has it that this massive, simple structure was originally built by a Genoese pirate, Enrico Pescatore, in 1212 to be used as a base for his operations. The fortress suffered a severe earthquake in 1508 which destroyed a big part of its structure. During the Ottoman ruling the fortress was repair and used for the purposes of the city’s defense.

Tip: Various cultural events take place at the Kales Fortress during the summer

Fortress of Spinalonga in Elounda 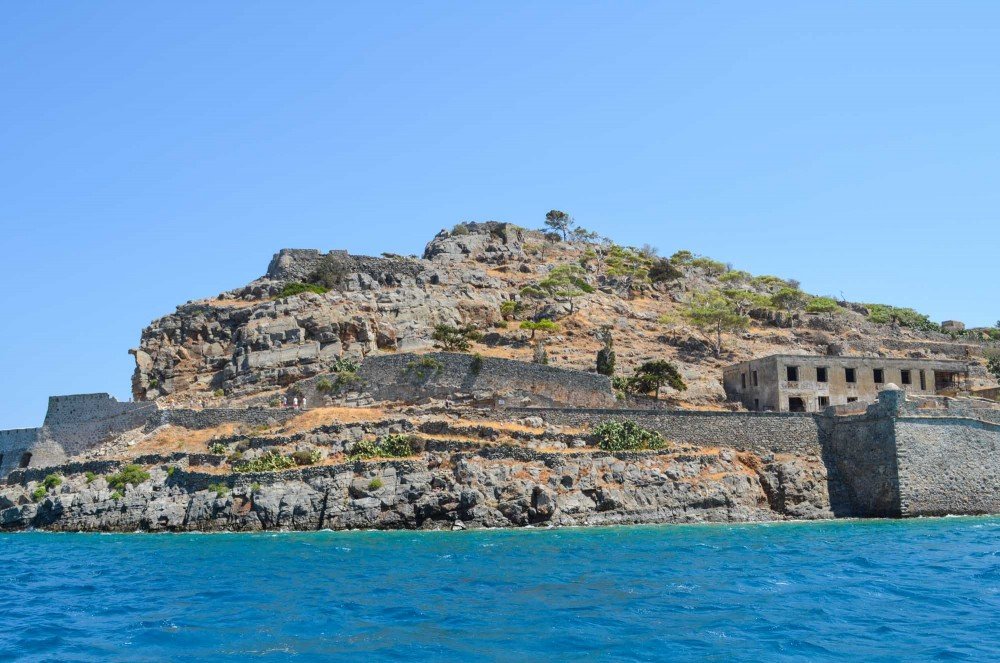 This barren and rocky island just off the harbor of Elounda was fortified to protect the ancient city of Olous, which was one of the most important cities of ancient Crete that mined its own coins. At the end of the 16th century the Venetians built one of the most important bastion-type seaward fortresses of the Mediterranean. In 1715, Spinalonga was settled by Muslims who constructed their homes on what was once the foundations of the Venetian buildings. During the mid-19th century it was the largest Muslim commercial centre of the Mirabello Bay. In 1904, the island was turned into a leper hospital site until its operation was seized in 1957. Today it remains uninhabited and is an archaeological site. 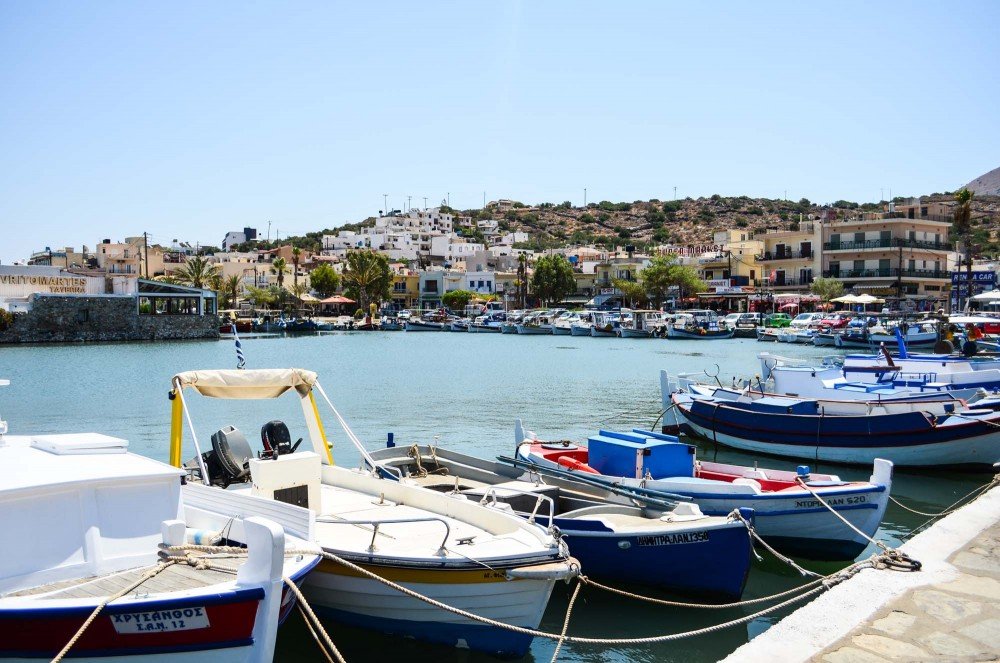 Tip: If you wish to visit this impressive site, boats head over to Spinalonga on the hour and the journey is approximately 15 minutes.

Situated on the western pier of the Heraklion harbor, this dominating fortress was known as Ricca a mare or Castello a mare meaning the fort of the seas. Later it was renamed to Koules, a Turkish name for water tower.
It was initially constructed by the Arabs during the 9th and 10th century to be used as a base for their pirate raids. During the Venetian era, it served as one of the most important ports on the Eastern Mediterranean and export activity had flourished. With nine-meter-thick walls the fortress had three entrances, two of which have been preserved until this day.

Tip: One of the favorite promenade spots of Heraklion. Art exhibitions and cultural events are occasionally held at the Koules fortress. 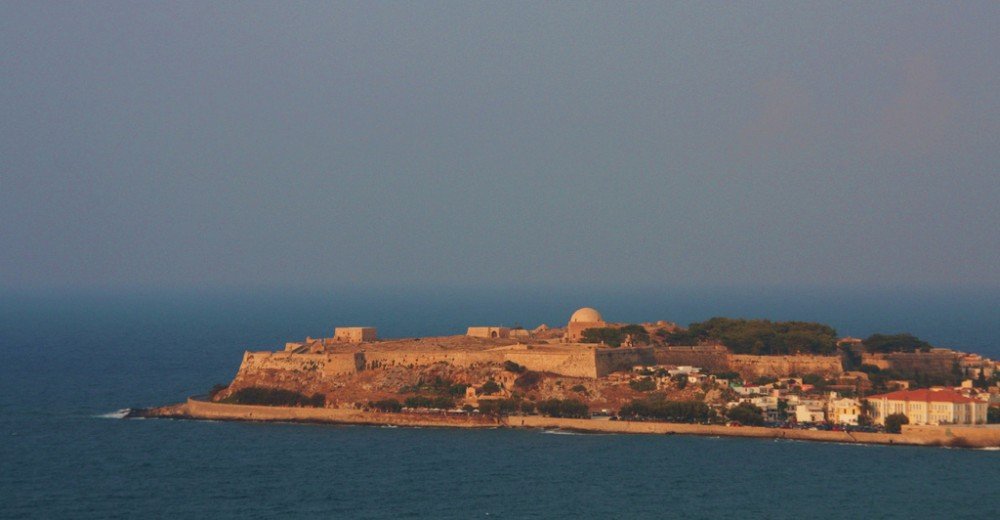 The great fortresses which stood the test of time are some of the most popular tourist attractions on Crete. History buffs will definitely enjoy discovering the fortresses of Crete and the legends that prevail. Have you visited any of the fortresses on Crete?