Top 10 Local Foods you Absolutely Must Try in Crete

With a food culture to match its status as Greece’s biggest island, Cretan cuisine is distinguished and traditional. Local cheese, famous olive oil and punchy liqueurs are just three of the treats on offer…

Crete stands free of mainland Greece, complex and proud with wild, mountainous terrain and a strong traditional culture. Cretan cuisine is renowned both in Greece and internationally for its unique ingredients and flavours. Based on simple techniques, it’s the variety of local produce that distinguishes the dishes: mountain herbs and greens, bulbs, unique cheeses, fresh fish, the famous Cretan oil, and raki a bracing grape brandy.

It seems that almost every Cretan village has its own signature cheese. They are usually made from sheep or goat’s milk, or a combination of both and each cheese variety has its local interpretation. Of the legion of delicious cheeses, look for graviera, a harder cheese that’s sweeter when new, but nutty and flavourful after aging. Soft, creamy cheeses, abound like pichtogalo Chanion, which has AOC protection, or myzithra, a young whey cheese with a lovely mild taste. 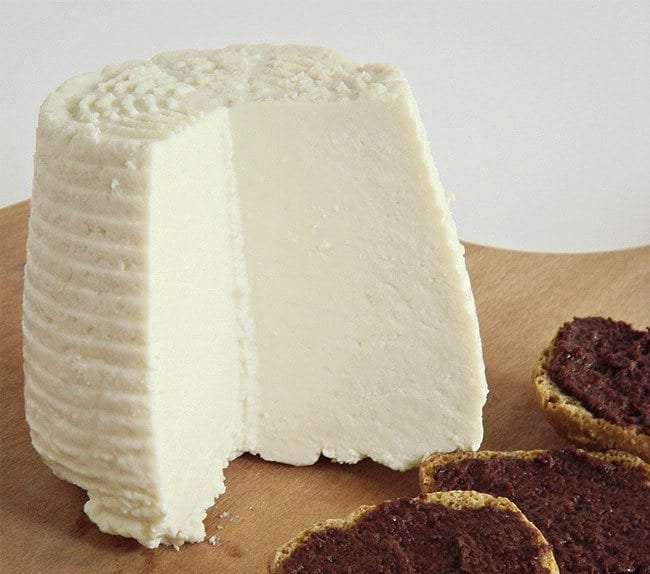 DakosThe ever-popular dakos is known by regional names throughout Crete…some call it koukouvagia (literally ‘owl’); in the east they call it kouloukopsomo (literally ‘puppy bread’). What is it? A fantastic Greek meze or salad reminiscent of bruschetta, but based on barley rusks or paximadi, not on bread. The rusks are lightly soaked in water or olive oil to soften them, and then they are topped with grated fresh tomato and myzithra, the creamy sheep or goat’s milk cheese. They are then drizzled with Cretan virgin olive oil and dusted with salt, oregano, pepper. 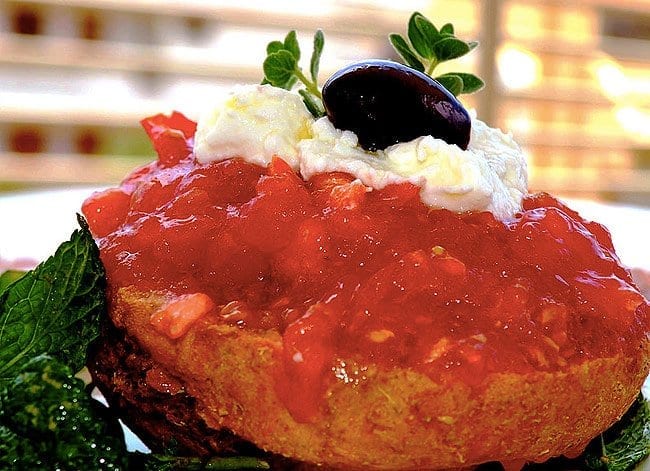 It’s not only the French who treat snails as a delicacy. In fact, snails have been eaten for millennia. In the Cretan dialect chochlios means snail, and in this dish they are fried with flour and hot olive oil in a pan, then doused with wine (or vinegar), and voila, ready to serve. Some like to add a dash of wild rosemary. Locally, women collect the snails by hand and the creatures are cooked up live. 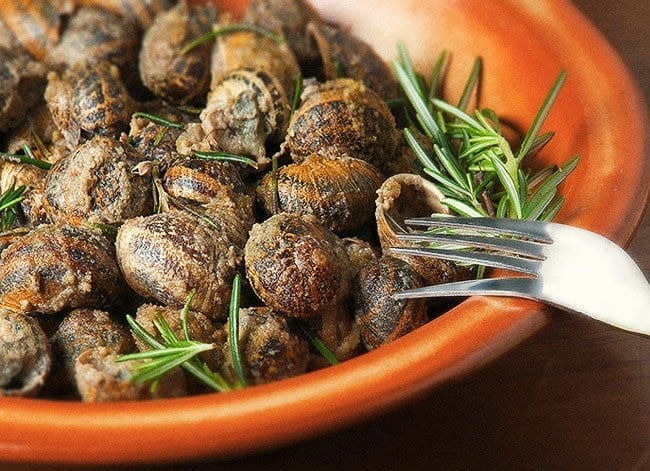 These small pies may look like the multitude of cheese pies you’ll encounter throughout Greece, but these are unique! To start, handmade pastry dough is a must, usually shaped into tiny cups. The fillings vary – every region and often each household has its favourite. They tend toward the sweet, and count on any number of those luscious Cretan cheeses, like myzithra or malaka, but not feta. We like the ones that incorporate a hint of rosewater. The final touch is Cretan honey on the top, making the pies a heady combination of sweet and savoury. 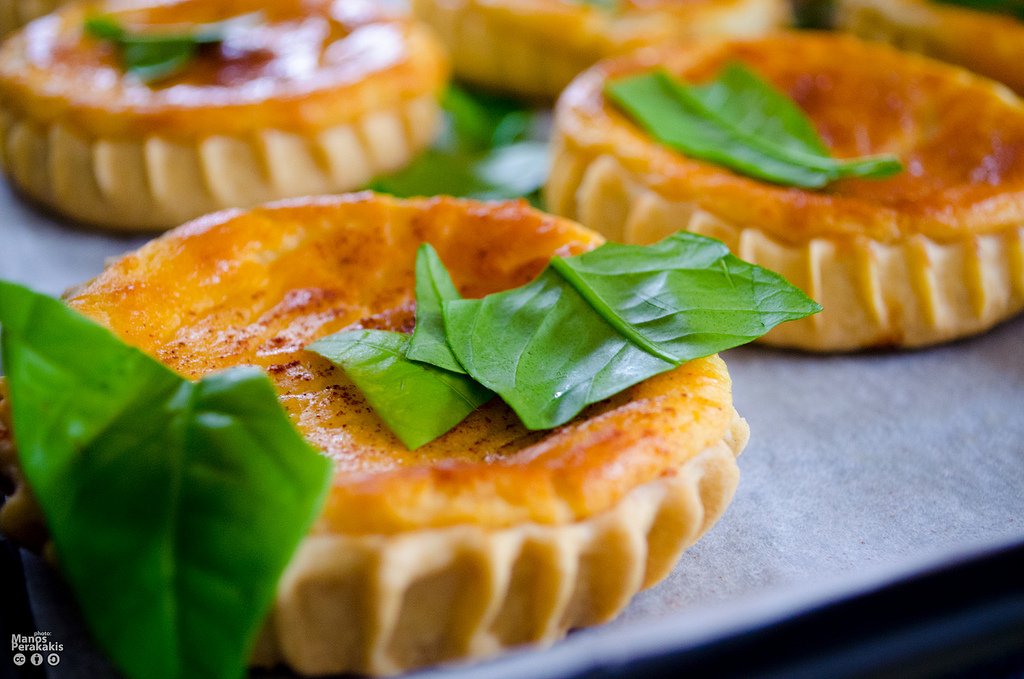 Lambs with most Greek foods, Cretans have their own take on lamb. Their version incorporates stamnagathi, a wild green that has become trendy of late, and features on many top-end restaurant menus. The Cretan lamb is sautéed in hot olive oil and oregano accompanied with the stamnagathi green and the well-known avgolemono (egg and lemon-based) sauce, or, more simply, a squeeze of fresh lemon. 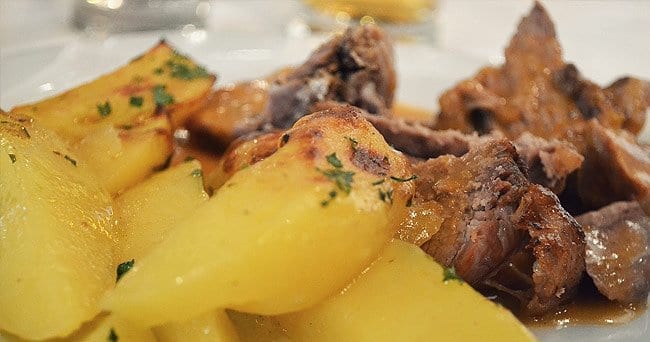 As the name hints (gamos means ‘wedding’ in Greek) this rice dish is offered at traditional Cretan weddings. These days you will find it not only when the whole village is celebrating nuptials in the town square, but also in many Cretan tavernas. Like a deluxe risotto, it is prepared in a rich meat broth that you make from a lengthy simmering of goat, lamb or rooster. Then you incorporate a dash of lemon juice and liberal amounts of stakovoutiro – this is a butter created from the creamy skin that forms on the top of boiled fresh goat’s milk and is turned into a roux. It is the crème de la crème! 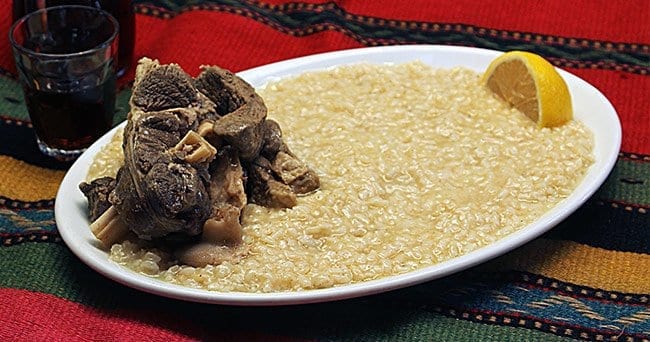 Part of the magic of Cretan food are the ingredients gathered from hillsides and around villages. Askordoulakous are the bulbs of a wild green, and Cretans gather bulbs and eat them as a fresh salad, dressed with oil and vinegar or lemon. They also pickle them, or stew them with local olive oil, vinegar and flour. The delicate white blossoms of the green are also edible, simply boiled or used in other dishes. 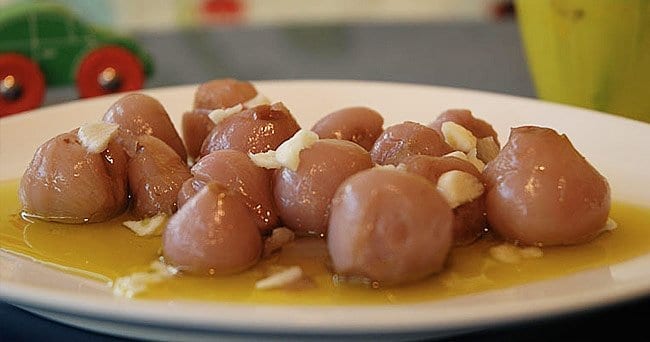 PigsNot an easy one to recreate outside of Greece, this dish of succulent smoked pork, is made in a multi-day process. First, strips of pork are marinated in vinegar for several days. Then a fire is made using local herbs – sage, bay, rosemary – and the meat is hung above it to smoke. The smoke is continuously stoked to keep the herby aroma infusing the meat. The final product tastes of the fresh herbs and can be served later, cold, in thin slices.

These yummy pies hale from southern Crete, from a mountainous coastal region called Sfakia. At a glance, these treats look like pancakes, but beyond the flour, the dough contains, local olive oil, and the infamous Cretan liquor, raki. Then, any number of the various Cretan fresh, soft, white goat or sheep’s milk cheeses like myzithra or pichtogalo Chanion are incorporated into the centre of the pie. Fried with only a light brushing of olive oil, they are eaten with a drizzling of thyme or heather honey. 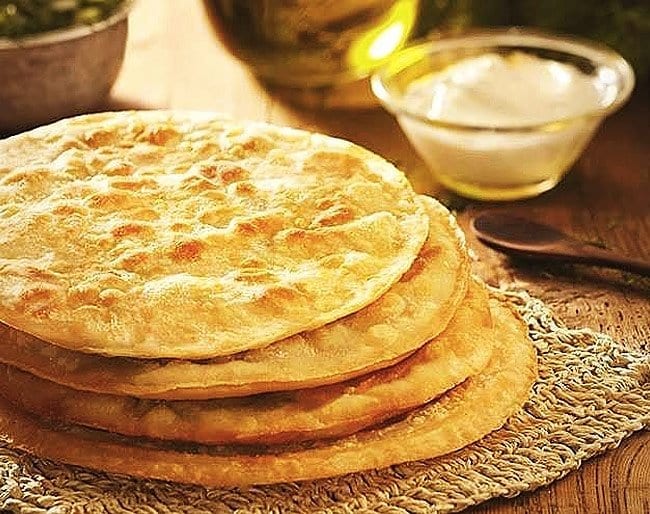 In the fall, after the grape harvest, you will find villagers all around Crete carefully tending open fires under copper stills. They are making raki, the welcome pomace brandy distilled from grapes, which you will find served in every Cretan taverna and kafeneio (coffee house). The local version of tsipouro (which you find throughout the rest of Greece), raki is called tsikoudia in parts of Crete, and is drunk from shot glasses, with no water added. Not to be confused with ouzo, raki has no anise or any other herbs. People usually pair their raki with mezes, olives or barley rusks and drink it neat (sketo)! 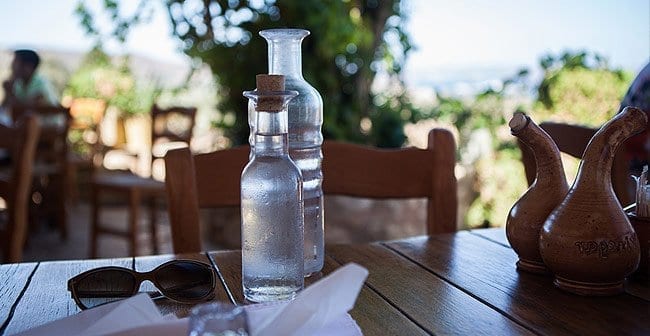 Raki is the hard kick of the Cretans