Crete is an island filled with mesmerizing culture that combines music, dance, and costumes from a variety of historic periods. Dating since the Middle Ages, Cretan dances reflect the island’s varied influences. With each passing generation, new steps and music have been added to the traditional dances, making them even more exciting. The Cretan dances are popular not only among the locals but also with tourists who visit the island. Knowing about the different types of Cretan dances can help you enjoy them, even more, especially when you see them performed during festivals and other cultural events.

Cretan dances have always been a form of expression for the people of Crete and are an integral part of the island’s rich cultural past. Along with Cretan music, a variety of Cretan dances are performed to express their inner emotions and feelings, joy or despair, and, of course, love.

The historical Minoan dances, particularly the old pyrrhic dance, have influenced many of these dances. There have been numerous distinct dances with many variants across Cretan history, depending on the part of the island we are exploring or the circumstances that originated or inspired them. The most popular traditional folk Cretan dances are Syrtos (or Chaniotis), Pentozalis, Maleviziotis, Siganos and Sousta. All these are currently widely performed throughout Crete in local festivals and “panigiria”.

Syrtos is a traditional dance in which dancers create a chain or circle with their hands linked, led by a leader who moves away to perform improvisational moves. The adoring Minoan dance of the ceremonial services is performed with this dance.

There are many melodies (musical tunes) that make syrtos particularly intriguing. The “first Chaniotikos” as well as the “second Chaniotikos” are well-known across Crete. These melodies serve as the foundation for current Cretan “syrtos,” also known as “chaniotikos syrtos” (from Chania). It is a ceremonial and political dance, both modest and energetic, that is a part of Cretan life and is performed throughout the island.

The first dancer improvises, but his twists, waist bends, and “talimia” (lifting one foot to the side and tapping it with your hand) are very few, modest, and disciplined in comparison to the others. When only men execute syrtos, specific regulations must be obeyed: the first dancer gives a bandana to the second dancer, and they begin dancing with their hands at the height of their shoulders, whereas the rest of the dancers walk behind the first two, keeping all their hands down. 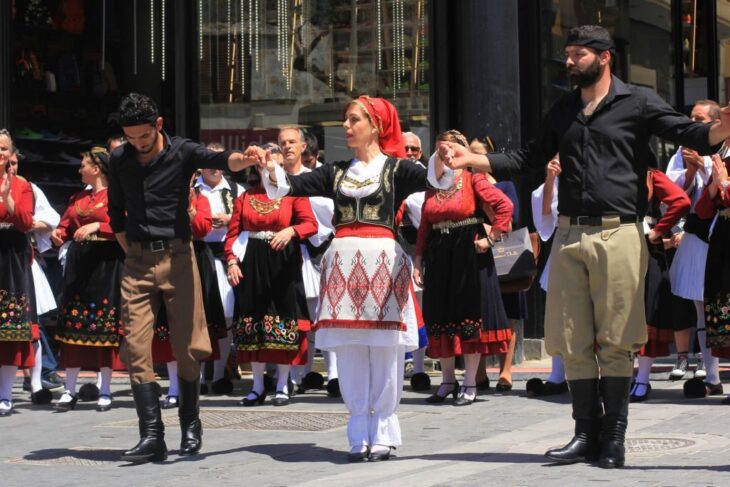 The “first dancer” does some improvisational moves during the second turn, and a variety of movements in the third turn. The second dancer holds him for assistance as he leaps in the air to execute the “talimia.” He then moves from the front to the back of the dancers. The second becomes first, then the third, and so on, until everybody is first. This entire process represents the captain and his second-in-command “dragging” the fighters to the battlefield. In the same way that a commander issues orders, the second-in-command observes and learns while the rest of the team executes them. In the event of an accident or death, the second-in-command assumes command and is assigned a new deputy.

In this dance, it is highly typical for the Cretan woman to start dancing first. She alters her steps and executes “tsakismata” (waist bends) and spins, but she avoids overdoing or performing jumps and “talimia” like men do. She emphasizes her dancing expression, which is why she uses a few figures, opposite to what a man would do. When only ladies dance “syrtos”, they frequently break the circle, coming in front and doing turns over themselves with their hands-free before reverting to their original position. The traditional Cretan uniforms worn by ladies at festivals and other celebrations are distinctive in design.

Kastrinos Pidichtos, also known as Maleviziotis, is Crete’s most vigorous dance, involving a lot of jumping. It has sixteen steps, eight in the front and eight behind,. It is in the 2/4 time signature. The lute is followed by the orchestra, which plays the lyre, violin, or ascomantura (a bagpipe-like instrument). A mandolin is frequently used to play it. This is yet another circle dance in which the participants clasp hands with their palms at shoulder height and their elbows bent.

It necessitates a great deal of energy and grace, and it permits the first dancer to perform freely. Many people see it as the most elegant and spectacular Cretan dance. The dance was created in the province of Malevizi (thus the name Maleviziotis), which is situated adjacent to Heraklion, or Castle as it was once known, and it gets its other name “Kastrinos” from there.

The dance is known as Kastrini Sousta in Chania. During the 1920s, the dance spread throughout the island. According to experts, this isn’t always a battle dance. The first theory is that it was a pagan ritual in which the dancers’ hops and leaps fell to the ground and drove evil spirits away. 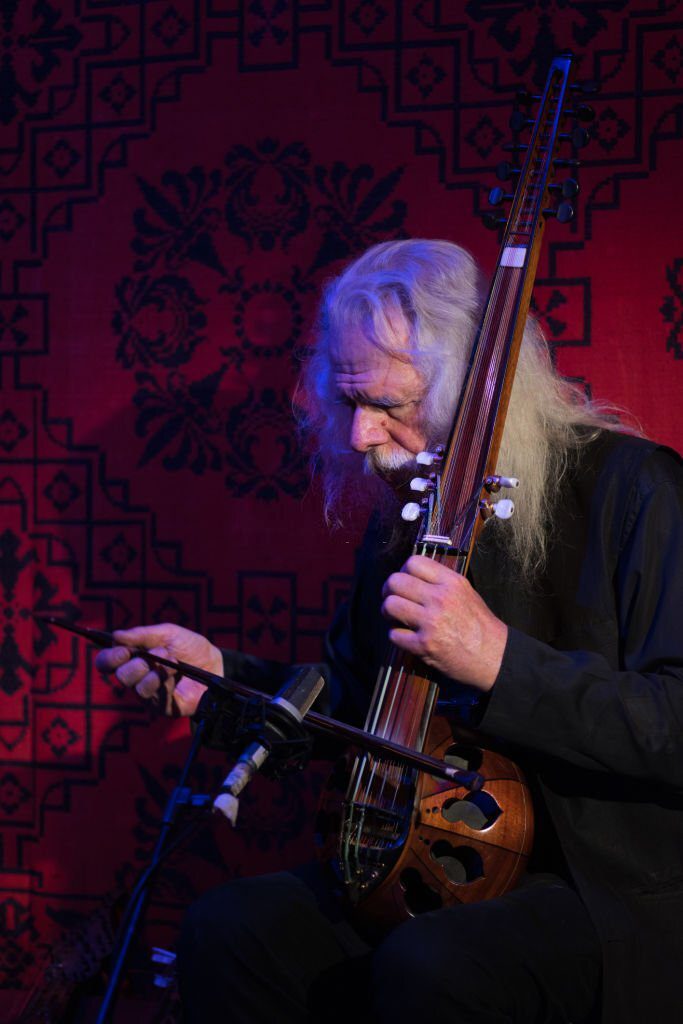 Pentozalis is Crete’s hallmark dance, and it is practiced all throughout the island. It’s quite vibrant and fast-paced, especially near the finish. The standard steps are five in order (thus the name, pente = five, zales from the word leap, with a play on the term dizzy) and are performed to an 8-beat rhythm. In an extended circle, the dance is usually performed with arms on the shoulders of people around you.

The dance is supposed to have been created by Daskalogiannis (the victor of the Cretan Revolution of 1770) and his tribal chiefs, who wanted to develop a new and aggressive dance to represent the fifth revolution.

It was supposed to be the fifth ‘jump’ against the Turks. Sadly, the revolution failed, and Daskalogiannis died tragically, but Pentozalis lives on as a reminder of his attempt.

Sousta is a performance in which the partners face each other and incorporates many aspects of the ancient war dance, Pyrrichios (Pyrrhic). Men and women are placed in a semicircle and alternate movements before splitting into pairs. The dance essentially recounts a love and temptation story. The man makes attempts to the woman in a variety of ways (hugs, turns, and little jumps), which she first rejects. But she gradually gives in, and they eventually become one. The story is told through the performers’ movements and expressions, and the interplay between them requires a high level of skill and coordination.

Siganos is a slow dance, performed virtually at a walking pace, as the name suggests (Siganos=slow). The performers exchange shoulder clasps. Depending on where it is done, it contains 6 or 8 steps, but the melody has an 8-beat rhythm. It is thought to represent Theseus‘ escape from the Labyrinth. Its origin is unknown due to a lack of historical documentation or literary references, however, it was most likely invented during the Ottoman administration.

This is a Cretan dance from the “leaping” family. They, like the previous examples, have their roots in the ancient Pyrrichios dance and represent the dignity and modesty of the East Cretans. It is known as ‘Stiako’ in Sitia as well as ‘Gerapetritiko’ in Ierapetra. It is, without a question, East Crete’s most distinctive dance.

This is one of the island’s dances that has begun to fade away. It was once done in the highland regions, particularly in Lassithi, and had several forms. The men begin by moving aside and backwards from the women in front of them, holding their hands aloft. Men and women continue to dance in separate directions until they reconnect, resuming the dance’s original circle. 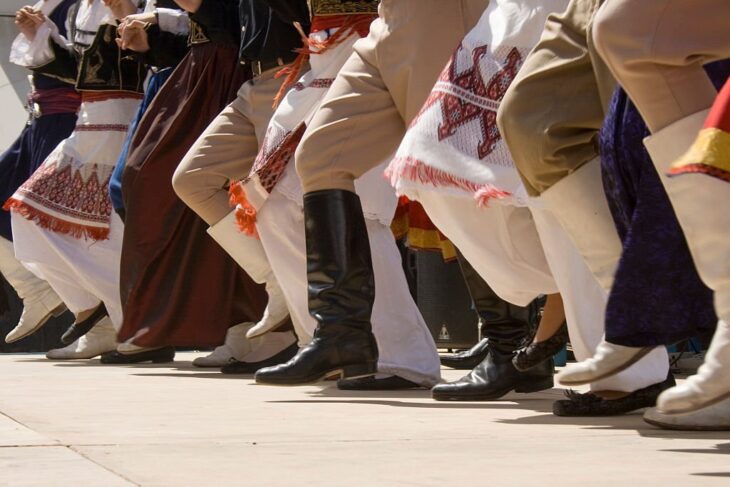 Trizalis is yet another “leaping” dance that is solely done in the Rethymno region, primarily in the Amari district’s Ampadia neighborhood. This difficult dance gets its name from the words Tri (three) and Zala (jumping/steps). It is done with your hands up and elbows bent.